Election season is draining and the closer you get to voting day, the more desperate both sides become. I’ve never trusted WikiLeaks, but even so, this email does not rock anyone’s world as far as I can tell. Any way you slice it though, physically or mentally, Hillary Clinton is not fit to lead this nation. She’s a communist who in the end only cares about herself. She’s a stone cold b*tch. 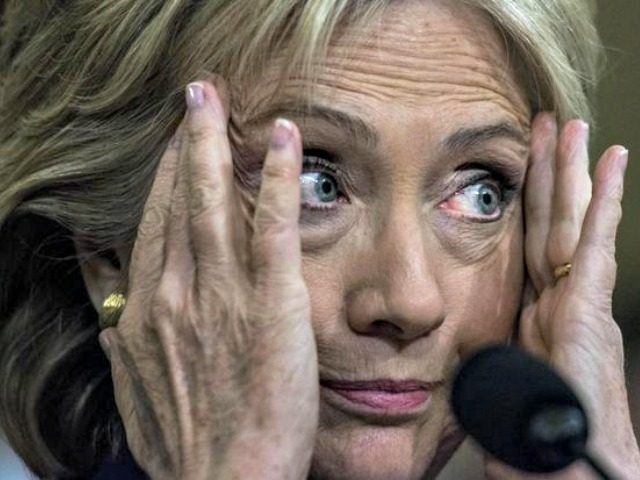 When talking about Hillary Clinton, that’s a loaded question.

To half of the nation, Hillary’s head is in poor shape.

To the other half, she’s basically a card-carrying Mensa member.

Grandma has proven herself to be unfit to lead this nation, and probably has plenty of medical issues going on to which we are not privy.

But, this email was just found in the 17th batch of released John Podesta emails by WikiLeaks.. 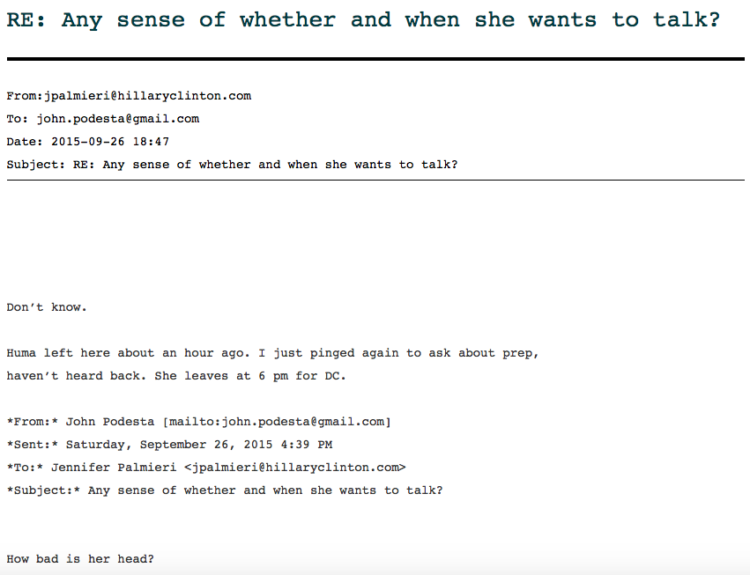 I’m far more concerned with what her doctors are pumping her full of to keep her going out there. She’s acting like she’s already won and she’s calling Trump a sore loser. If I were her, I’d hold my tongue. October is an unforgiving month. Many things could happen and her health is one of them. Not to mention an October surprise the Trumps are whispering that they have up their sleeve.

Let’s go after Clinton on the issues. She truly sucks at them and if the Republicans had stuck to that and Trump had eviscerated her on them, he’d be way ahead now… she’s truly terrible on every issue out there and has the personality of a rabid hyena. I have a feeling we are in for a wild couple of weeks… buckle up.