Given Hillary Clinton’s massive failure[1] at politics and the aging of the Clinton power couple, Chelsea was their last great hope to keep the money rolling in and hang on to power in the Democratic Party. It’s not working. As much as Hillary Clinton was despised and loathed in general, Chelsea is not much better and no more likable than her mother. The scandal plagued brand of the Clintons is irreparable. It wouldn’t matter if Chelsea was the most charismatic woman in America (and believe me, she’s not), she couldn’t kick this dead Clinton horse into gear. Frankly, it’s rotted to the core and smells to high heaven. I came across a recently deceased horse a few years ago that smelled horrific… but it didn’t smell as bad as the Clintons do these days.

Last week, Chelsea published a new book entitled: Governing Global Health: Who Runs the World and Why? The title is a turn off from the get go, but you would think there would be Clinton lovers and leftists lining up to buy it. Nope. It tanked at 74,374 on Amazon. That’s just embarrassing. It looks to me that right now, good or bad, people just can’t get enough of the Trumps. As for the Clintons, people just want them to go away after losing repeatedly. All the world loves a winner… not so much a loser. 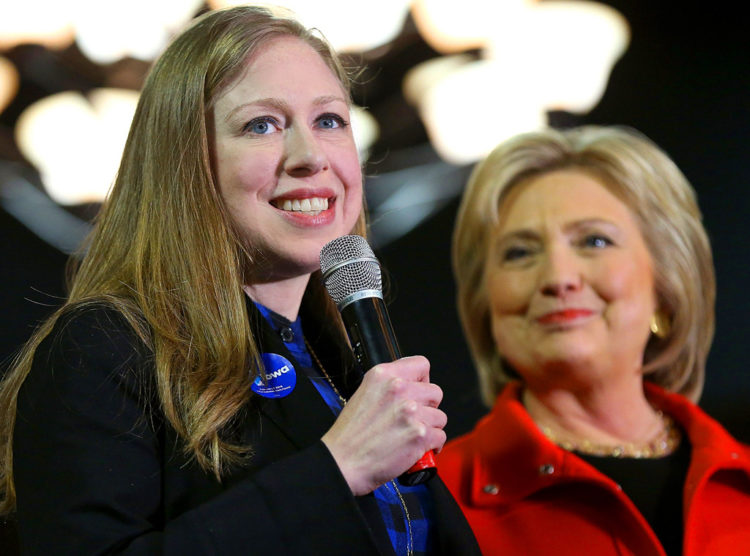 Last week a new book was published co-written by Chelsea Clinton and entitled Governing Global Health: Who Runs the World and Why?

Almost no one is buying the Clinton title, co-authored by Devi Sridhar, a Global Public Health Professor at the University of Edinburgh.  It currently stands at No. 74,374 on the Amazon[4] Bestsellers Chart.

The book profiles global health organizations and the work they do. Chelsea is Vice Chair of the Clinton Foundation which prioritizes improving global health.

Published by Oxford University Press, the book is well-intentioned but bland in the extreme. And there is no answer given to the question “Who Runs the World and Why?”

Chelsea does however extensively eulogize Bill and Melinda Gates whose foundation has frequently partnered with the Clinton Foundation and substantially donated to various Clinton’s initiatives. “It is clear that the Gates Foundation has played a vital role in global health and can aptly claim credit for saving untold lives,” Chelsea observes.

Obamacare and socialized medicine are about as popular as the plague in this country right now. Talk about tone deaf when it comes to subject matter for a book. I still believe the Clinton Foundation should be fully investigated and while they are at it, go after the Bill and Linda Gates Foundation, which Chelsea shows her fondness for in this book. Strangely, Chelsea Clinton doesn’t seem to be much interested in promoting her own book. Her Twitter bio only mentions her children’s book It’s Your World (which ranks higher on Amazon’s charts than her new book).

Chelsea seems far more interested in standing with JK Rowling in her Twitter spat with Piers Morgan. Lame. One has to wonder if Chelsea’s book was intended as some political move that is no longer relevant because her mother lost to Trump. The book officially launches in March and it is dead before it ever is released. No sympathy here. The Clintons as a family need to fade away now. America has had more than enough of their corruption and politics. I sincerely doubt that Chelsea would be successful in politics. She just doesn’t have what it takes in that arena. 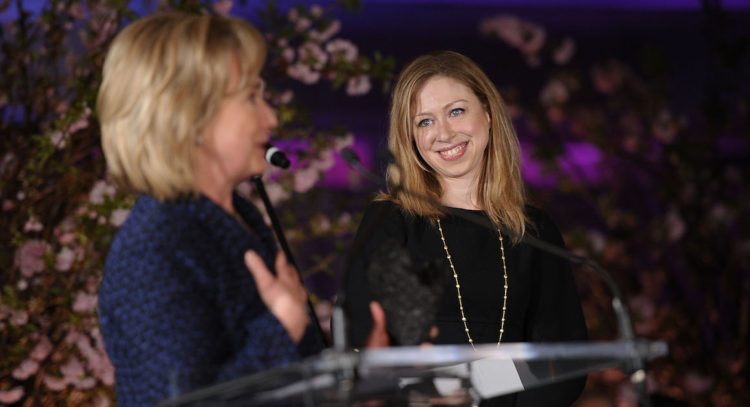