Hillary Clinton is now officially[1] on the warpath against James Comey. She’s furious with Weiner too. It’s been a horrific weekend for the Hildabeast. She’s accusing Comey of trying to sway the election. Fail.

When the laptop and other devices were seized by the FBI in the Anthony Weiner sexting case, this was the result. Over 10,000 emails between Huma Abedin are on that computer… I suspect Huma kept a copy of everything that went on. You know, just in case. But once they were discovered, Comey had a legal duty to expose them and include them as evidence in Hillary’s email scandal investigation, which is not closed yet. The DOJ still has not issued a warrant and are dragging their feet, but they can’t hold out forever. A federal judge could be brought into the mix and bypass them. 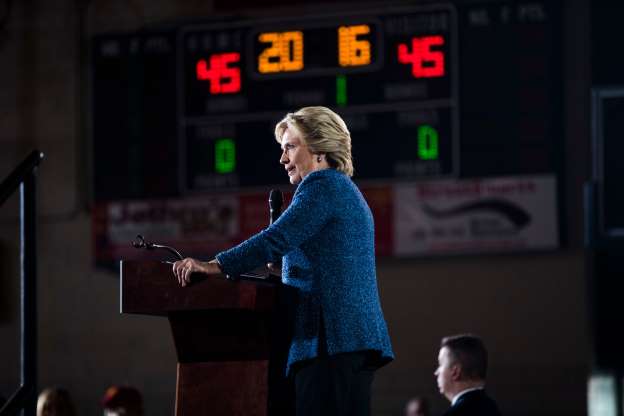 Hillary Clinton and her allies sprang onto a war footing on Saturday, opening a ferocious attack on the F.B.I.’s director, James B. Comey, a day after he disclosed that his agency was looking into a potential new batch of messages from her private email server.

Treating Mr. Comey as a threat to her candidacy, Mrs. Clinton took aim at the law enforcement officer who had recommended no criminal charges[3] less than four months earlier for her handling of classified information as secretary of state.

“It’s pretty strange to put something like that out with such little information right before an election,” Mrs. Clinton said at a rally in Daytona Beach, Fla. “In fact, it’s not just strange; it’s unprecedented and it is deeply troubling.”

For Democrats, it was also deeply worrying. Mrs. Clinton’s advisers expressed concern that the F.B.I.’s renewed attention to emails relating to the nominee would turn some voters against her, hurt party candidates in competitive House and Senate races, and complicate efforts to win over undecided Americans in the final days of the election.

And this isn’t all… you know those laptops the FBI said they destroyed after investigating Clinton? Not so much. Agents refused to destroy them and now all Congress has to do is subpoena them. Uh oh. Not only are Clinton’s supporters abandoning her and asking for a do-over on their votes, she’s now in more legal hot water than ever. The FBI may be turning on her for real this time and it could very well take her and everyone around her down over it. Good times.

Now, Clinton’s campaign is accusing Comey of smearing Hillary with innuendo late in the race and of violating Justice Department rules. He did indeed violate their rules (rules that Eric Holder put in play), but he knew exactly what he was doing. Comey claims that Loretta Lynch is compromised over her tarmac meeting with Bill Clinton. And she is. I find it ironic, that just days ago, Comey was the darling of the left as long as he let Clinton walk… now he’s their arch nemesis and must be stopped.

And boy is this getting entertaining… “This is like an 18-wheeler smacking into us, and it just becomes a huge distraction at the worst possible time,” said Donna Brazile, the chairwoman of the Democratic National Committee and a close Clinton ally. “We don’t want it to knock us off our game. But on the second-to-last weekend of the race, we find ourselves having to tell voters, ‘Keep your focus; keep your eyes on the prize.’”

Donald Trump must be grinning like a Cheshire cat this morning. Clinton is her own undoing over all this and Trump didn’t have to do a damn thing. A Weiner brought the whole mess crashing down. What a way to finish off an election. 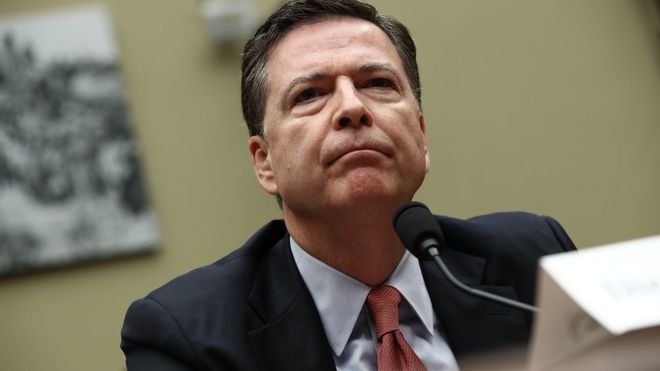 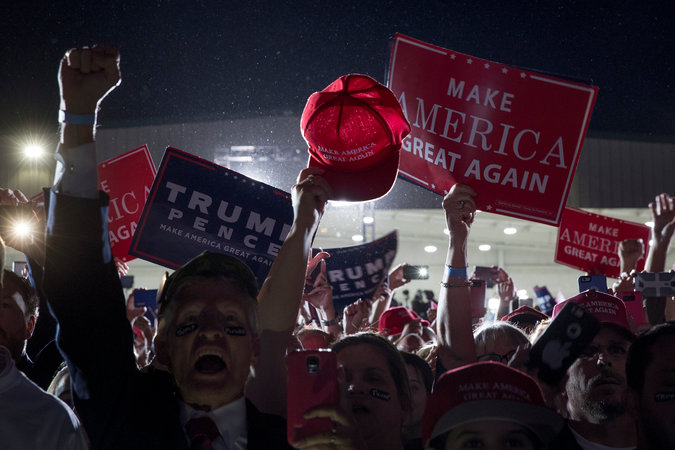