Ever the perfect liberal, Hillary Clinton has rushed to exploit the shootings over the last week in order to pander to minority voters. But of course, she won’t say anything about the many police officers murdered this week. 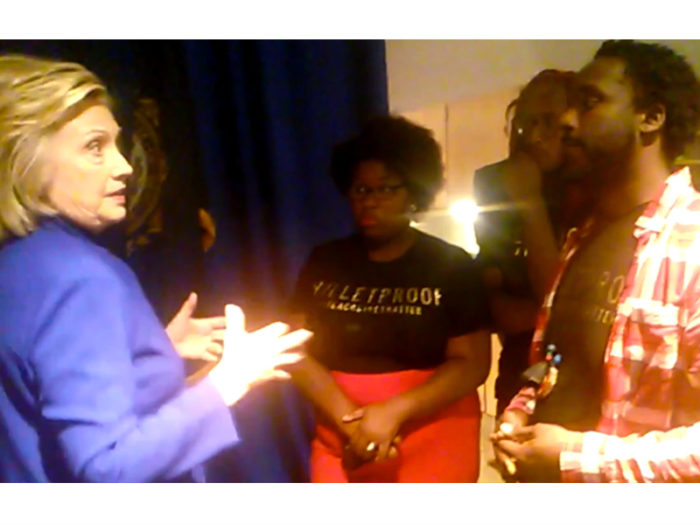 Here's Clinton's answer when asked why she'd be able to handle the racial divide in America better than Trump: pic.twitter.com/ERzzvAwLlM[2]

I think she might have multiple personality disorder. Also she’s a race-baiting dullard.

… YES!! She called on white people like herself to put themselves in the shoes of African-Americans!! On the day after a “Black Lives Matter” sympathizer murdered 5 policemen and injured many more, Hillary is calling on WHITES to be more sympathetic to blacks. That’s pretty remarkable if you ask me.

There’s no low Hillary won’t stoop to in order to get votes. There are no people she won’t pander to, no lie she won’t tell… really, does she have no shame?