Donald Trump and Bernie Sanders[1] agree on at least one thing… Hillary Clinton is not qualified to be president. But then again, neither is Bernie. To be fair, Trump’s decisions lately concerning his campaign have not been stellar either. This is the weirdest presidential campaign season I have seen in my lifetime. I pray that Ted Cruz comes out on top for the nomination. The rest of the field on both sides gives me nightmares. When the leader in the Republican nomination process feels that it is wise to specifically quote a raging commie like Bernie Sanders, it should give everyone out there pause. Nevertheless, the only thing Clinton is qualified for is prison. 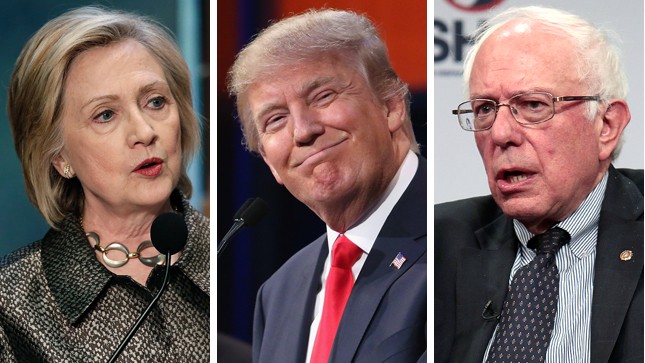 Donald Trump has finally found something he agrees with Bernie Sanders on.

“Bernie Sanders says that Hillary Clinton is unqualified to be president. Based on her decision making ability, I can go along with that!” he wrote.

After making his remarks about Clinton, Sanders drew intense fire for them from the left. His premise for saying that is because she supported the Iraq War and she has taken massive donations from Wall Street. He defended the remark Thursday, insisting he was fighting back after Clinton called him unqualified. Again… what are we, five? Clinton had actually dodged questions about Sanders’ qualifications, repeatedly refusing to respond. Because it’s a loser just like she is and she is unable to confront any real controversy head on. On Friday, Sanders acknowledged that “of course” Clinton is qualified to be president, saying that “on her worst day she would be an infinitely better president than either of the Republican candidates.” Yes, because she’s a leftist Marxist. It’s all in the family, don’tcha know.