It wasn’t long ago that border security was a priority for politicians on both sides of the aisle — including Hillary Clinton. It was common sense. But somewhere along the line, Democrats realized that illegal immigrants could be turned into future Democrat voters and completely threw border security out the window.

10 years ago, Hillary Clinton voted in favor of building a 700-mile border fence. Her husband supported stronger immigration laws, too. And a video just resurfaced[1] that is making Tim Kaine look awfully foolish. 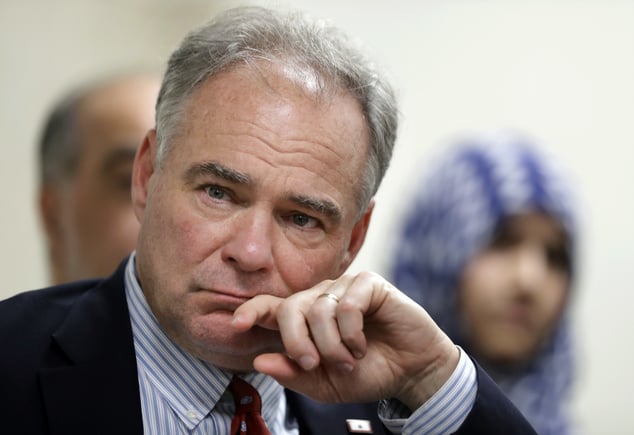 During the vice presidential debate, Tim Kaine went on the attack over Trump’s immigration plan. “[Trump and Pence] want to go house to house, school to school, business to business and kick out 16 million people,” Kaine said. “And I cannot believe that Gov. Pence would sit here and defend his running mate’s claim that we should create a deportation force so that they’ll all be gone.”

Except, whoopsie! Bill Clinton used to be all for it:

And so was Tim Kaine himself. In fact, Bill Clinton isn’t the only one with a video talking about how we need a tougher stance on illegal immigration. Tim Kaine has one, too. The only difference is that Clinton’s was from decades ago. Tim Kaine’s is from 2012.

But then, Kaine is a notorious flip-flopper. He used to be a faithful Catholic who was pro-life and against same-sex marriage. But he’s now more loyal to the Democratic party than he is to his faith, so he dropped his “principles” faster than you can blink. Who needs conviction when you’ve got ambition?