Once again[1], we are having the hope of nailing Clinton to the wall waived in front of us like a steak in front of a starving man. This time, I hope we get to eat our fill.

There are multiple FBI investigations underway in conjunction with the US Attorney’s Office of the Clinton Foundation. They are focusing on their New York offices. At play are corruption charges against the Clinton Foundation and this is according to a former senior law enforcement official. This is a major departure from previous FBI investigations.

Frankly, to me, this looks far more serious than the last attempt. Preet Bharara, the US Attorney is leading this hunt and he is renowned for convictions of banks, hedge fund outfits and Wall street insiders. Clinton may yet don an orange jumpsuit. Hope springs eternal. 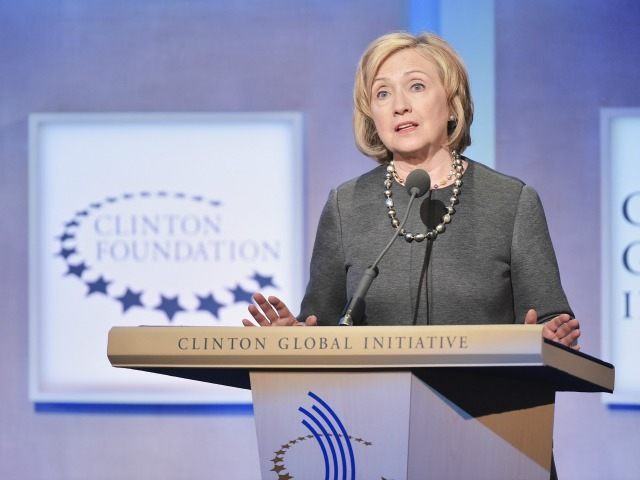 The investigation centers on New York City where the Clinton Foundation has its main offices, according to the former official who has direct knowledge of the activities.

The New York-based probe is being led by Preet Bharara, the U.S. attorney for the Southern District of New York. Bharara’s prosecutorial aggressiveness has resulted in a large number of convictions of banks, hedge funds and Wall Street insiders.

The official said involvement of the US Attorney’s Office in the Southern District of New York “would be seen by agents as a positive development as prosecutors there are generally thought to be more aggressive than the career lawyers within the DOJ.” The DOJ just refused to look into anything to do with Hillary or the Clinton Foundation. In this case, you spell corruption, ‘DOJ’.

“The Civil Frauds Unit has collected close to $500 million in settlements since its inception, including multi-million dollar settlements with Deutsche Bank and CitiMortgage for faulty lending practices and other fraudulent conduct.”

Bharara and his office are declining to comment as you would expect in an ongoing case that is open and active.

Bharara is best known for securing convictions of prominent political figures, including former New York State Assembly Speaker Sheldon Silver. Silver had a seemingly intractable grip on power in the state for decades. He was convicted of accepting $4 million in exchange for helping a cancer researcher and two real estate developers.

He also secured the conviction of New York Republican Majority Leader Dean Skelos, who was sentenced to five years in prison for corruption.

This guy sounds like a pit bull. I hope this isn’t for show and he is clean enough to savage Clinton for good this time. We’ll see.