EXCLUSIVE: Hillary Met With Mafia Heir Who Offered Something She Couldn’t Refuse

Do the Clintons have connections to the mob? That’s what one mafia heir is claiming, but it probably won’t leave many people all that surprised. 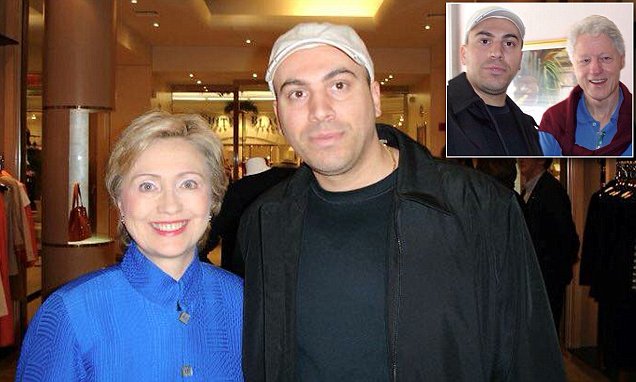 Hillary Clinton met with a Mafia heir who asked for his drug kingpin father to be released early from prison in exchange for votes, it has been revealed.

The former First Lady met Giovanni Gambino, the son of Francesco ‘Ciccio’ Gambino and the cousin of Carlo Gambino – the boss of the notorious crime family and one-time head of the American Mafia – while she was campaigning in the the presidential primary in 2007.

The Democratic front runner spoke to the crime author, who recently made headlines for saying he would protect New York from ISIS, at one of his pizzerias in Charleston, South Carolina.

The 41-year-old’s father, who was serving a 30-year prison sentence at the time, suggested he contact Clinton to see if she could help with his early release through a presidential pardon.

In return, Giovanni Gambino would get his ‘connections’ in the restaurant business to vote for her and drum up support.

He also wanted the pair to discuss over-populated prisons – a policy she has championed in her latest presidential bid.

Clinton agreed and the pair met during her unsuccessful run for the 2008 Democratic nomination, and even posed for a picture with the mobster’s son.

Giovanni, who has also served time in a New York state prison, also got the chance to pose with her husband Bill for a picture.

In an exclusive interview with the Daily Mail Online, Gambino said he has fond memories of the encounter

‘When it has something to do with your family, you never forget it. She might have forgotten about it. She probably hears stories like that every day,’ he said.

‘But if you have a father that has been in prison for so long, you would go to the North Pole and back to get him out.’

‘I spoke to her about over-populated prisons. I said: “I’ve been there. I was in state prison. It looks like a farm, people can barely walk. It’s crazy. Why don’t you try and do something with these non-violent offenders.”

He told Hillary that his father was given 20 extra years, just for being a Gambino, while the pair joked that the problem of over-crowding wouldn’t be solved until the whole of America was behind bars.

Despite his intentions for the meeting, Giovanni’s father passed away in prison before Clinton could act.

… ‘Two of his friends were doing “things” and my father had business with them. So they caught my father with pictures to prove he associated with them. And that’s enough to convict someone.

‘It’s crazy. So my father told me ‘why don’t you get in contact with the Clintons?’

‘I said it wasn’t going to be easy, but anything is possible. So within no time I got in contact with Hillary.

‘I am pretty sure she knew who I was so I said to her: “Hillary listen. I’ve got a pizzeria here in Charleston. I have a few restaurants that I have around here. I am pretty connected in Charleston.

‘”If somebody kills someone, f*** them. If they take a life they deserve a life. But for these non-violent offenders we need to modify the law.”

‘She said: ‘I like that idea.’ Then I told Hillary: “Do the math these people have brothers, sisters, mothers, fathers, grandfathers. All these are votes”.’

She told Giovanni: ‘Listen, I’ll see what I can do’. ‘We then talked about the pizzeria and what brought her to Charleston,’ he said.

Everyone knows that the Clintons are one of the most corrupt families in existence. But while this story is juicy, and they’ve obviously met each other, there’s no actual evidence to prove that she made this promise to him, or had any intention of following through with it if she did. Let’s reserve our outrage for the actual crimes that the Clintons have committed, instead of imaginary ones.