Exposed: The Secret Feud Between Michelle Obama and Hillary Clinton

How much does Michelle Obama hate Hillary Clinton? Enough that she wanted Joe Biden to run against her just to deprive Hillary of the nomination. 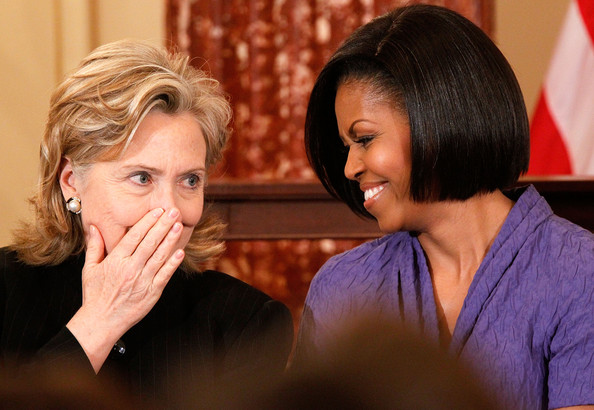 The rivalry between Barack Obama and Hillary Clinton in 2008 was so vicious, it left “deep and lasting scars on both the Clinton and Obama camps, and they are still shockingly fresh,” writes Kate Andersen Brower in the new tome, “First Women: The Grace and Power of America’s Modern First Ladies.”

The book, out Tuesday from ­HarperCollins, reportedly reveals Michelle Obama was even hoping Joe Biden would launch a presidential run so he could beat Hillary this time around.

“When Michelle Obama views the Clintons, I don’t want to say she’s looking down her nose at them — but she kind of is,” a former Obama adviser told Brower. The book adds that Michelle’s relationship with Hillary was “fraught with hurt feelings and resentment.”

Gosh, ladies… can’t we all just get along? After all, two angry women who both hate America ought to be able to find something in common, right?