EXPOSED: As It Turns Out, The Russians ALSO Met With Clinton Campaign!

If you haven’t been up on the Left’s ongoing hoopla about the Russians contacting members of the Trump campaign during the election cycle – good. Don’t waste your time. As it turns out, Russian Ambassador Sergey Kislyak, also made some stops to visit with some advisers in the Hillary camp.

This shouldn’t surprise anyone. The Dems are fantastic at pointing the finger and assigning made-up blame for menial things…Even if they’ve done it too.

“Well, if you look at some people connected with Hillary Clinton during her campaign, you would probably see that he had lots of meetings of that kind. There are lots of specialists in politology, people working in think tanks advising Hillary or advising people working for Hillary.” 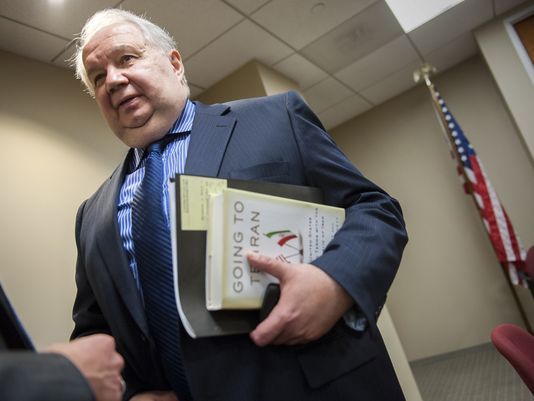 Peskov claimed that “bilateral relations” was just a part of an ambassador’s job – go figure – and that nothing was wrong with the various meetings he had with officials on any side of the aisle, and that in no way were any of those meetings meant to be a way into causing chaos for the 2016 elections…as the left loves to claim…probably because they are the left.

“But there were no meetings about elections — electoral process … So if you look at it with intention to demonize Russia, you would probably say that, yes, he was trying to interfere in Hillary’s activities. But it would be nonsense because this is not true.”

Peskov also claimed – whether you believe it or not (I don’t) – that Putin was not trying to interfere with any election.

“You would probably recall that President Putin, during election campaign, had never answered directly a question about his candidate of his support. He kept saying that we will respect a choice of American people.”

But Peskov also shed some light on Putin’s feelings about Clinton. They weren’t good. He believed that a Clinton presidency would have been disastrous for Russia.

We just need to understand that what Putin thinks is irrelevant. His words cannot be trusted and neither can the words of those who represent him. Our relationship with Russia is not and has never been on that level.