Family Friend: Bill and Hillary haven’t been speaking for months after he tossed her book in the TRASH

According to a family friend, the Clintons haven’t exactly been experiencing marital bliss lately and it all has to do with the fact that she released a crappy book that nobody wants to read.

Not even her own husband. 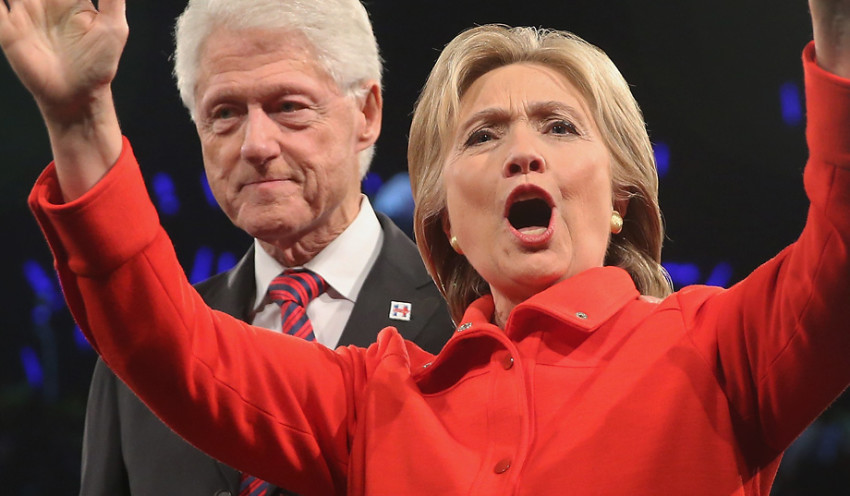 Bill apparently threw the manuscript of Hillary’s latest book, “What Happened,” in the garbage following an argument during which he had attempted to give her some advice.

According to the friend, he had filled the manuscript with notes that Hillary refused to read. The couple fought about it and he ended up throwing it in the trash, where it belongs.

Since then, the two have not spoken.

“He hated the title because calling it “What Happened” would only make people say, “You lost,” the source claimed. (Accurate assessment, too. The memes about the book have largely focused on the title.)

But Hillary refused to take the advice of the only Clinton to successfully run for the Presidency, deciding instead that she liked losing so much, she would continue to do it.

“He told her the book made her look bewildered, angry and confused, and that those were poor qualities in a person who aspired to be a world leader,” the source continued. It’s interesting to note that Bill has a history of being one of the more personable Presidents America has ever had, so the fact that Hillary doesn’t listen to him may have been a big part of the reason that she keeps losing.

Edward Klein, who has written many books about the Clintons including “The Truth About Hillary,” which I have sitting on my desk next to me as we speak, noted that Bill accused Hillary’s campaign of running a “tone deaf” race and ignoring the fact that the sinking economy was effecting millions of hard-working Americans.

The fact that she almost never spoke about economic policy made it seem as if it wasn’t on her priority list, causing a lot of people to feel ignored. You see, it’s easy to wave away a failing economy when you’re a Clinton and receive millions of dollars from foreign entities who want your husband to speak at their events, but the rest of us need to work for a living. When all you’re doing is talking about why your lady parts make you more qualified for the Presidency than anything else, people are going to tune you out in favor of someone who actually has a plan.