I wrote at length[1] yesterday on Hillary ‘falling ill’ at the 9/11 Memorial. At first she claimed she was overheated. Now, her doctor says it is pneumonia. I have seen many credible reports[2] now that not only were her staff looking up how to treat Parkinson’s Disease, if she does indeed have pneumonia, it is most likely aspirated pneumonia which is seen in the end stages of the disease. What I saw yesterday looked to me like seizures, not pneumonia, but it could all be part of the same disease.

Hillary is in deep doo doo here – even the Marxist media is turning on her and asking WTH is wrong with her. Both The Washington Post and NBC News are flaying her alive over this. Her health issue has now gone mainstream and it could very well mean the end of her candidacy. She kept reporters in the dark for over 90 minutes and that is suicidal with something like this.

With any type of pneumonia, she has no business being out and about, contagious or not. If she keeps it up, it will kill her. I may not like the woman, but I don’t wish that on anyone. 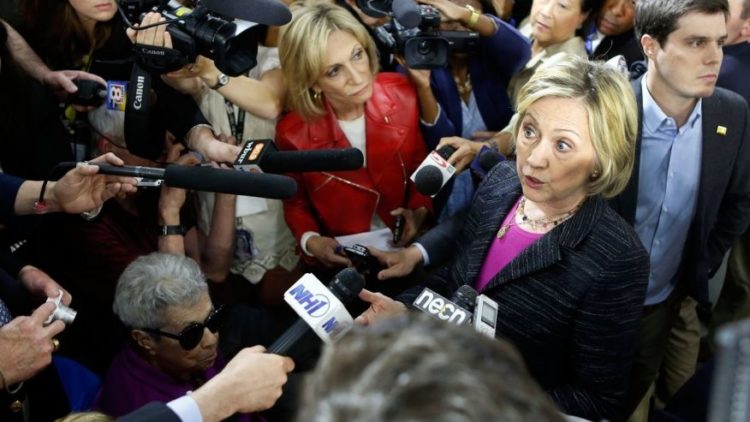 Hillary Clinton falling ill[5] Sunday morning at a memorial service on the 15th anniversary of the Sept. 11 attacks will catapult questions about her health from the ranks of conservative conspiracy theory to perhaps the central debate in the presidential race over the coming days.

“Secretary Clinton attended the September 11th Commemoration Ceremony for just an hour and thirty minutes this morning to pay her respects and greet some of the families of the fallen,” spokesman Nick Merrill said. “During the ceremony, she felt overheated, so departed to go to her daughter’s apartment and is feeling much better.”

What that statement leaves out is that a) it came 90 minutes after Clinton left the ceremony b) reporters — or even a reporter — were not allowed to follow her and c) the temperature in New York City at the time of Clinton’s overheating was in the low 80s. (A heat wave over the eastern United States broke last night/this morning.)

She later left her daughter’s apartment, saying she was “feeling great” and waving at the crowd, per the Associated Press.

Hillary Clinton’s campaign[6] is now reporting that Hillary Clinton canceled plans to visit California on Monday and Tuesday and instead will rest at her home in Chappaqua, NY.

Here are some of the questions[7] the media is now asking:

1.) Why hide the pneumonia diagnosis?
2.) Has Clinton been otherwise ill in recent days?
3.) Who made the call not to go to the hospital and when?
4.) What is the campaign’s position on the protective press pool?
5.) Will Clinton allow a true protective pool if elected president?
6.) Does Clinton accept the obligation to inform the public about her health?
7.) How will this change her schedule going forward?
8.) Will Clinton’s health affect the first debate?
9.) How will voters respond?

All valid questions and there are many more. She needs to release her medical records immediately. If this continues, she may well have to drop out of the race. Will Kaine then step in? Or Biden? This could also ensure a Trump presidency at this late stage. She’s pretty much lost the media and she had already lost the popular vote. Hillary’s campaign is as ill as she is. 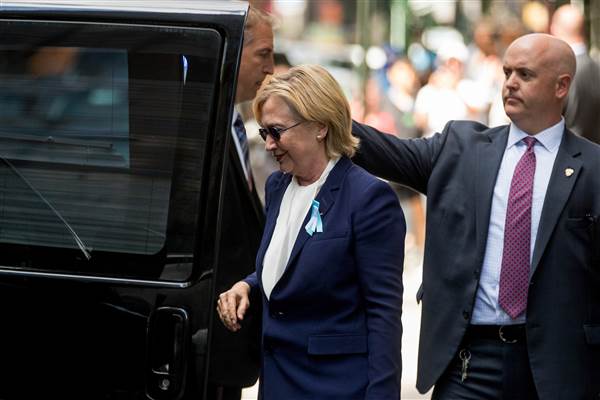 #HillaryHealth[11] When a mysterious piece of metal flies out of her pant leg, is this a broken leg brace? Someone? pic.twitter.com/Ej29QmSMUg[12]