Now, that’s clever and funny.[1] Dr. Dareld Morris is running an ad in Fort Myers, Florida. He specializes in weight loss and men’s health, I guess. He’s offering men that are thinking about voting for Hillary Clinton a free testosterone test, because they may have low levels. It would have been funnier if he offered to do an examination to determine if they had a set. Oh boy… must not go there.

He’s running his ad as an experiment. Personally, I think it is hilarious. He supports Trump and says he leans right. I suppose considering the candidates we have to choose from, a sense of humor would come in handy right about now. He could also check for a brain and a spine as well. 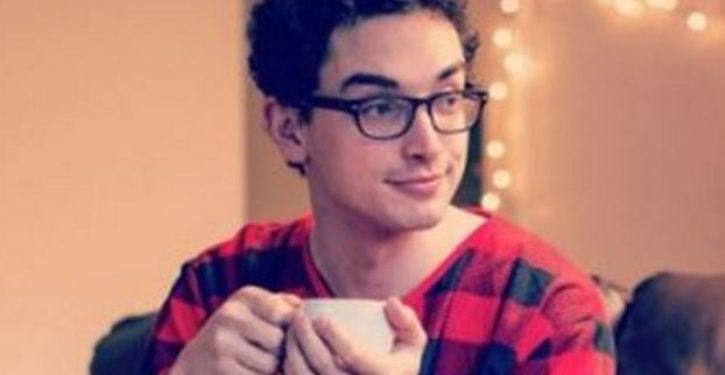 Forget sex, race, and religion. The biggest divider in America today is probably whether you have a sense of humor or not.

Dr. Dareld Morris runs the Morris Medical and Weight Loss Center in Fort Myers, Florida. He’s been running a radio ad in which he discusses the impact of low testosterone on men’s health. And as NBC reported[3] — with the requisite pained look on its (metaphorical) face — Dr. Morris made a politically incorrect association in the ad, which is now going viral:

Most are not aware of the effect low T can have on your mental state. For instance your ability to focus and think clearly. As a community service, for any guys out there that are thinking of voting for Hillary, I want to offer you a free testosterone test. Let’s see if we can help.

Right off the top of my head, I can’t think of one man who is really a man and not a man-gina that is liberal. Not one. Not trying to be funny, I just can’t. Of course there is George Clooney, but he belongs to the elitist liberals who think they are in a different class… but since I don’t know Clooney, I can’t comment on his manhood or lack thereof.

Caution… if this results in an election lasting more than four years, seek the help of a professional. Lol.

I think guys in the Fort Myers area should take the good doc up on his offer. You can tell him which candidate your are voting for… who knows? It might help and it could save your manhood. You really don’t want to be Pajama Boy, now do you? Some results may vary.[4] Just sayin’.