Gowdy On The Hunt, Steamrolls FBI For Their Incompetence To Find The TRUTH… VIDEO

Well, if you were angry about the FBI letting Clinton skate[1] on her deleted emails, this is going to make your blood boil. They just gave immunity to the trigger man who did the actual deletions AFTER a subpoena was issued. This is the guy at Platte River who just decided on his own to delete those emails that had sat there for five years. It’s far beyond corrupt… when I tell you the rule of law is dead, these asshats are tap dancing on it.

Trey Gowdy is beyond furious over this and you can’t blame him. It’s bitingly obvious that the FBI and the DOJ are absolutely corrupt and never had any intention of holding anyone accountable on this. The devil is indeed in the chronology and they are so arrogant they don’t care what we do or don’t know anymore. This is no longer a constitutional republic. We are being ruled and controlled by despots. 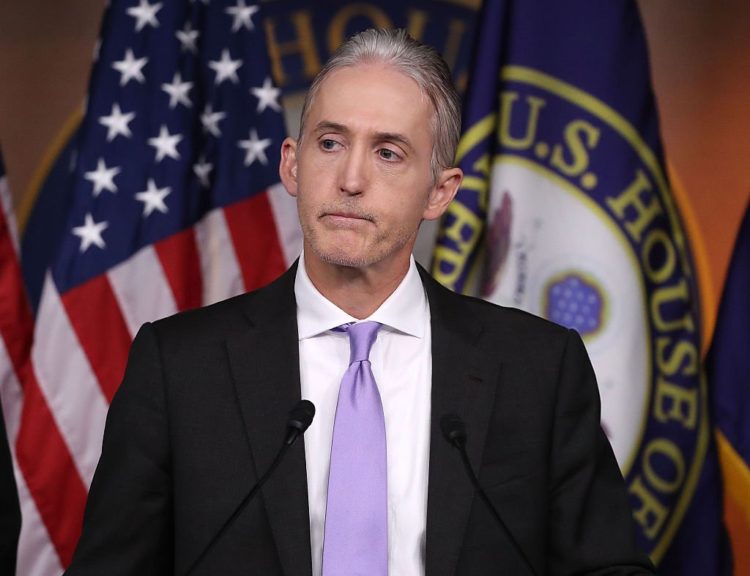 South Carolina Congressman Trey Gowdy blasted the FBI for giving immunity to the one person who could have been prosecuted in relation to Hillary Clinton’s State Department email server.

“The devil is in the chronology,” the House Select Committee on Benghazi chairman stated in an interview on Fox News.

“The FBI and the Department of Justice gave this witness transactional immunity,” Gowdy explained. “It is tantamount to giving the trigger man immunity in a robbery case.”

“It looks like they gave immunity to the very person they most want to prosecute,” he continued. “The person who destroyed official public records after there was a subpoena and after there was a preservation order.”

This cake is baked. I now believe it doesn’t matter in the slightest what we do, how we vote or what we push… they are going to do whatever they please and the tyranny will ramp up massively after the election. When the law no longer matters and there are those above it, you have lost control of your government and your country. It is no longer a country of and for the people… I fear the enemy within has won.

The only way to rectify this in the end may be civil conflict. Unless we can somehow regain control of those who are to lead us and implement the rule of law again, it’s over.