Hacker With the Power to TEAR Hillary DOWN Has Been Extradited to the U.S. – He is Testifying?

Hillary Clinton might have reason to be very, very nervous. The hacker who uncovered her illegal e-mails has just been extradited to the United States. 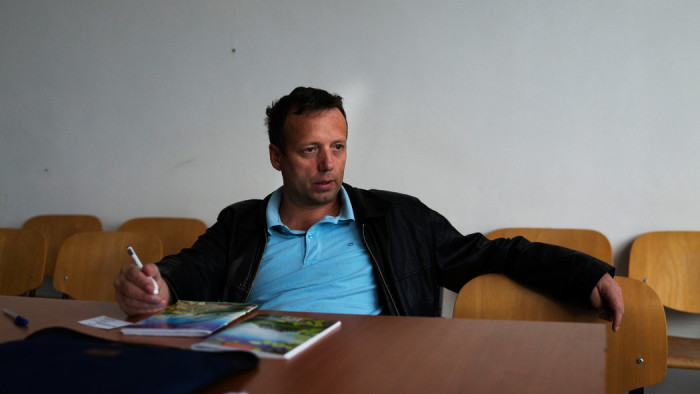 Guccifer, the infamous Romanian hacker who accessed emails of celebrities and top US officials, will be extradited to the United States, after losing a case in his home country’s top court.

Reuters reports that Lehel will come to the US under an 18-month extradition order, following a request made by the US authorities. Details of the extradition have not been made public, however.

Marcel Lehel, a 42-year-old hacker better known by his pseudonym “Guccifer,” achieved notoriety when he released an email with images of paintings by former President George W. Bush, including a self-portrait in a bathtub. He also hacked and published emails from celebrities Leonardo DiCaprio, Steve Martin and Mariel Hemingway.

Perhaps most notably, Lehel was also the first source to uncover Hillary Clinton’s improper use of a private email account while she was Secretary of State, which the FBI is investigating as a potential danger to national security.

In March 2013, the hacker released to RT and several other news outlets the four memos that had been sent to Clinton from her former political adviser Sidney Blumenthal. The memos contain information regarding the September 11, 2012 attacks on the US diplomatic mission in Benghazi, Libya, as well as the January 2013 hostage crisis in In Amenas, Algeria.

Could she be coming to testify? If so, it looks like the investigation into Clinton could be moving forward… and if she’s indicted, her chances at the presidency will become zero.