So, Joe Biden finds it hard to believe[1] that Hillary would do anything intentionally wrong. Spoken like (a) a complete moron and (b) someone just about as corrupt as she is. In an interview with NPR, Biden endorsed Clinton and praised her every way he could, while alluding to Trump’s unsuitability as president. Simply put, this is horse crap. Not that Trump is unqualified, which he is, but that there is anything good, right or ethical about Hillary Clinton. 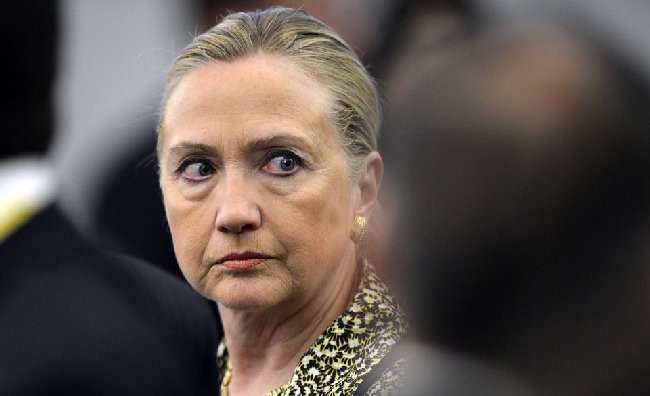 MARTIN: We only have a couple moments left. And we are talking in the middle of a presidential election. There’s just a couple of weeks…

BIDEN: …Is that right?

MARTIN: Yeah, kind of a big deal. Couple weeks till the conventions. Your candidate, the presumptive Democratic nominee…

BIDEN: She is my candidate.

MARTIN: …Hillary Clinton – there is still a cloud over her in terms of whether or not she will face an indictment for her use of a private email server during her tenure as secretary of state.

BIDEN: Under the law…

MARTIN: …Do you think she did anything wrong?

BIDEN: Under the law – I can’t comment on that for the following reason. If I comment and tell you what I think, which is positive, then the easy accusation would be Biden is vice president and probably put pressure on one of the government agencies to keep that from happening. The president and I have kept our hands off completely. What we do know is that she is incredibly – by leaps and bounds more qualified than the other person to be the president of the United States. I’ve known her for 40 years. I’m a friend of hers. And I don’t – I find it hard to believe that she would do anything intentionally wrong.

Obama and Biden know damn well how dirty Clinton is. They’ve condoned it and covered it up. I’m sure it was just a huge coincidence that he sat down for this interview in the aftermath of controversy over Bill Clinton‘s meeting with Loretta Lynch. Shocker there. He blathered on about Hillary’s trust issues with the nation. The candidates on both sides of the election trail this season are just the worst. I’m not sure why anyone would listen to Uncle Joe. He’s bought and paid for, plus he’s deeply, deeply stupid. These people are utterly predictable in their criminality.