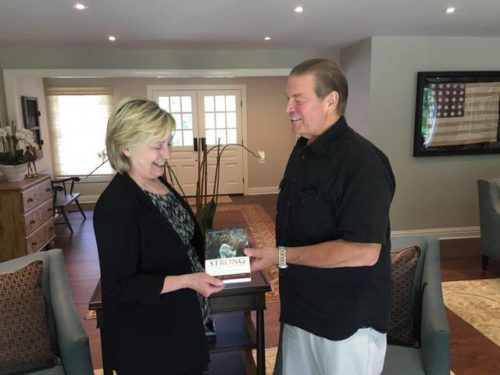 Hillary Clinton went to church Thursday evening. But in true Hillary fashion, it wasn’t to listen to an instructive message from someone else, it was to pontificate about her new book coming out on Tuesday, called “What Happened.” The book is said to chronicle her anger, her angst and her general list of who and what was to blame for her 2016 Presidential election loss. As can be imagined, nowhere on that list was herself and her bad ideas.

The Manhattan church originally promoted her appearance as a fundraiser for a camp and it was also to have been the debut of one of their pastors, Bill Shillady’s, new book entitled ‘Strong for a Moment Like This: The Daily Devotions of Hillary Rodham Clinton’. One can only wonder what her “daily devotions” might look like, but we will never know, because shortly before this event, the publisher found multiple instances of plagiarism in the book. They pulled it from the market and destroyed the rest. A refund was issued to ticket holders who had been promised a copy of the book. What is it about the Clintons that the folks around them, even pastors, appear to engage in lying and cheating? 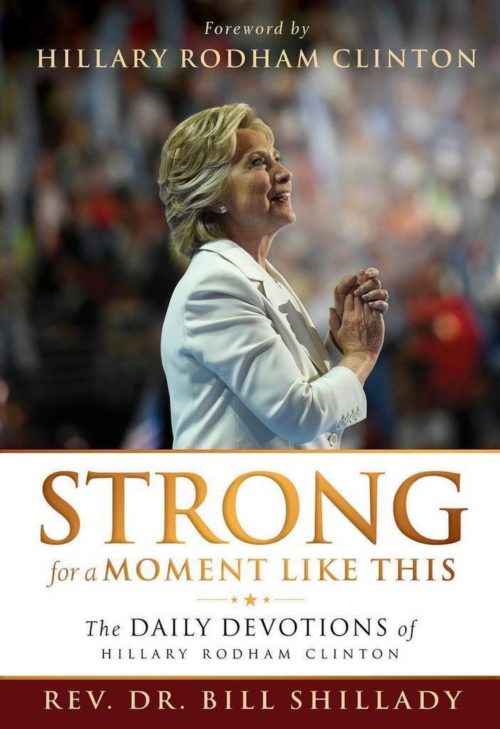 Never fear though, Hillary made lemonade out of those plagiarism lemons by talking about HER book instead. Some of the gems she shared:

“I think the kind of leadership I was offering was not satisfying enough for certain people, and it wasn’t enough for me to say, ‘Look, I understand, and here’s what I want to do to help’ if I didn’t display more anger so that they could feel I got their anger. And I feel that is a legitimate question about what happened in that campaign in 2016 and something I struggled with because I don’t think anger is a strategy. It is certainly justified in the face of what we see oftentimes in our society, but I think leaders, whether it’s in church or in politics, should be looking for ways to find common ground, or even higher ground, and not to create scapegoats and stoke hatred, bigotry, and prejudice, and the like.”

Talk about delusional. She seems to think she’s the poor little victim of an angry electorate. Well, to be honest Hillary, yes, Americans were angry. They were angry at you and all your Leftist cronies who have been trying to destroy the foundations of this nation for years. Yes, they were angry. So, they said no to Hillary. Deal with it. 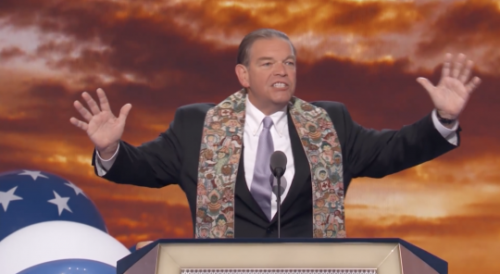 But back to the church. She was asked how people of faith can fight back against Trump. She offered a cute catchphrase called “sacred resistance.” She expanded on that saying, “For people of faith, that is one way to conceptualize how you can be active on behalf of causes, on behalf of people who need your voice and your support.”

And finally, she asked for hard cold cash when she mentioned her new PAC, Onward Together. She elaborated on it, saying, “Through Onward Together … [we want to help] find the next generation of concerned citizens, activists, organizers, to give them funding, to give them guidance, because we need a lot of activity at the grassroots level. We need people in every community standing up and speaking out. There is so much to be concerned about. Yes, I am okay, but I am worried. I am worried that we face a continuing deliberate effort to undermine our values and our institutions as Americans, and it is something we cannot stay silent about or be on the sidelines about.”

And finally, she called on them to “resist, insist, persist and enlist.”

Well Hillary, America chose Trump. It looks like they decided to resist you, insist on Trump, persist in making sure you didn’t become President and enlist in making America great again.