Nice timing. The Hildabeast came out to try and undermine President Trump again on his approach to North Korea during a video-conferenced speech to a conference in Beijing, China. And then North Koreans launched an ICBM capable of hitting the US. North Korea fired an intercontinental ballistic missile (ICBM) in the middle of the night local time Wednesday, the first missile test from the rogue regime in more than two months. The missile, believed to be an ICBM by the Pentagon, was launched from Sain Ni in North Korea. The NoKos said the new missile reached an altitude of about 2,780 miles – more than 10 times the height of the International Space Station – and flew 590 miles during its 53-minute flight, landing near Japan. Clinton is demanding Trump go easier on North Korea, while they are exponentially moving forward on their nuclear program. What a moron.

For an hour, she whined on and on against Trump. She blasted both the White House and the Chinese government for their increasingly hard-line plan of attack as Pyongyang tries to complete a long-range nuclear missile. I have issues with China myself, because I believe they are the puppet master behind North Korea, but Clinton has no business lecturing anyone on military policy ever again after Benghazi. She needs to shut it and go away. First off, she doesn’t know what she is talking about. China is not truly taking a hard-line with North Korea and if Trump really did, they’d be a hole in the ground. 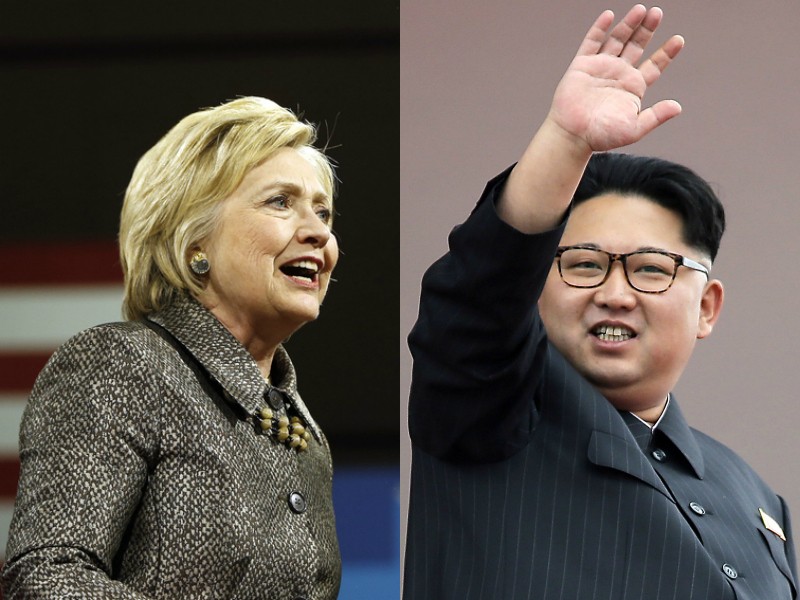 Hillary nagged and said that both Trump and Chinese President Xi Jinping need to soften their posture instead of relying on ‘bluster’ and ‘personal taunts’ to motivate North Korean despot Kim Jong-Un. She doesn’t get it… it doesn’t matter to Kim. He enjoys sparring with Trump, but even if it weren’t there, he’d still be doing this. You aren’t going to be nice to him and have him go away as a threat. I don’t think you could even buy him off at this point and we certainly shouldn’t do that again. Tell me again why this hag was ever Secretary of State?

Clinton is saying that if we don’t pursue ‘gentler’ US diplomacy, there will be nuclear war. The only way that will be prevented is to take out Kim Jong-Un and his sycophants. Being nicer won’t stop that. Need I remind everyone that Clinton was part of the team that bought off North Korea to begin with and started this whole nightmare? She screwed things up royally and now wants to lecture all of us. “Beijing should remember that inaction is a choice,” she said. Uh no… in reality, there is no such thing as inaction. Things always keep moving, Hillary, and you can’t close your eyes, put your fingers in your ears, sing and pretend it’s not.

Trump is not as soft as Clinton in spine or in the brain. He has stated repeatedly that “the era of strategic patience is over.” I don’t blame Trump for mocking Kim Jong-Un. He’s mockable in the extreme. Trump has also warned the little troll that he should not try our patience or underestimate us. I don’t think he’s listening. President Trump also tweeted that “[b]eing nice to Rocket Man hasn’t worked in 25 years, why would it work now? Clinton failed, Bush failed, and Obama failed. I won’t fail.” I guess we are going to see what Trump does next after this provocation.

Trump told reporters after the launch, “As you probably have heard, and some of you have reported, a missile was launched a little while ago from North Korea. I will only tell you that we will take care of it. We have General Mattis in the room with us, and we’ve had a long discussion on it. It is a situation that we will handle.” That’s a stark contrast to how Clinton wants to handle the Hermit Kingdom.

Clinton said she hopes Beijing won’t follow the path Trump has set out, replacing subtle diplomatic pressure with ultimatums. Is she impaired? Of course she is. Diplomacy is no longer an option here and it shouldn’t have been long ago. Clinton wants to see the resumption of denuclearization talks among six-nations – China, Japan, North Korea, Russia, South Korea and the U.S. — discussions that were shelved as she took over the State Department under President Barack Obama. What a freaking waste of time. She’s claiming that Trump has trashed diplomacy. No, he hasn’t… he knows that diplomacy only works with sane leadership and even then it’s iffy. 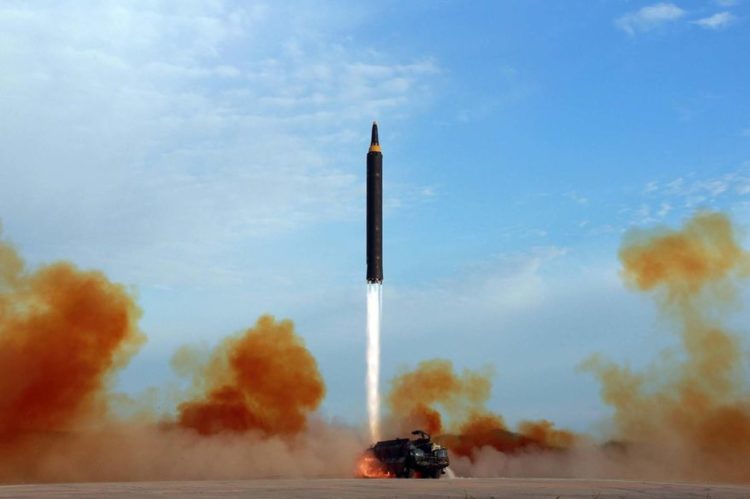 I’d like to also point out what a hypocrite Clinton is complaining about communist China when her and Billy boy gave them our technology. She’s also taken a lot of money from the Chinese. But, Hillary left us laughing this time: “I was the candidate of reality,” she said. “It just wasn’t as entertaining as the reality TV candidate.” No, you were a nightmare and we opted for survival. Grateful every damn day for that.