Hillary Clinton, Found Some More Reasons To Blame Trump For Loss — None Of Them HER!

Wow… talk about blaming everyone and the dog.[1] Hillary Clinton just refuses to take responsibility for losing the election to Donald Trump. She blamed Trump himself, sexism, racism, the media, the Russians, James Comey and WikiLeaks. I guess that wasn’t enough, because now she’s blaming voter suppression. I kid you not… people were actually ‘prevented’ from voting for this sea hag – at least in her delusional mind they were.

Clinton was a horrific candidate. She was massively corrupt, vain, unlikable, out of touch with voters and entitled. No one liked her on either side. She wasn’t just flawed, she was broken. And she ran an awful campaign where she didn’t even try to appeal to Obama’s voter base or to blue collar workers. She gave the cold shoulder to the black community and just basically figured she would be elected because she is a Clinton and it was her turn as royalty. Nope and thank God for that. 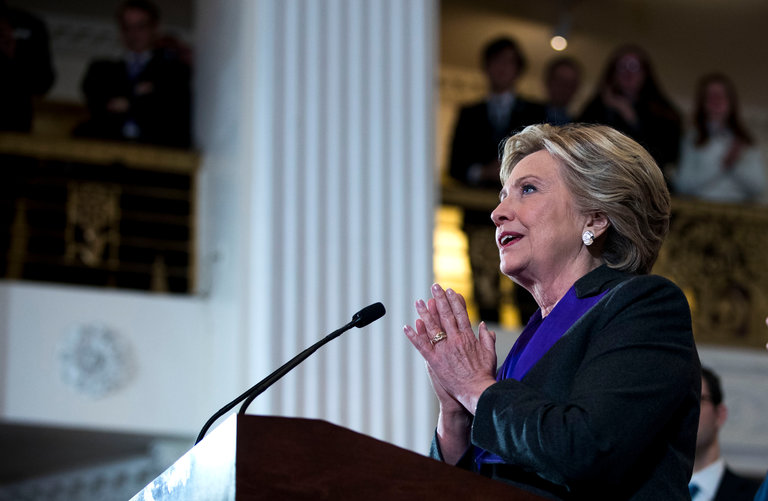 Hillary Clinton’s list of reasons why she lost to President Donald Trump in last year’s presidential contest is mighty long — and the twice failed presidential candidate isn’t yet ready to add her name to the list.

Russia interference, sexism, racism, former FBI Director James Comey, the media and WikiLeaks all don Clinton’s list of excuses as to why she lost, for the second time, a bid to become president.

However, many political operatives believe Clinton was a flawed candidate who ran a flawed campaign.

For example, for the majority of her campaign, Clinton was under investigation by the FBI for using a private email server during her tenure as secretary of state. In addition, Clinton’s campaign failed to recognize the amount of support Trump had in key battleground states like Pennsylvania, Michigan and Wisconsin until it was too late.

But Clinton is unrelenting in her belief that it was circumstances outside of her control that caused her to lose. In a recent profile in New York Magazine[3], Clinton said it was voter suppression, in addition to Russia and Comey, that propelled Trump to victory.

“I would have won had I not been subjected to the unprecedented attacks by Comey and the Russians, aided and abetted by the suppression of the vote, particularly in Wisconsin,” Clinton told the magazine.

Uh, no… you wouldn’t have. Those were not the deciding factors in Hillary’s loss. “Whoever comes next, this is not going to end. Republicans learned that if you suppress votes you win,” Clinton explained. No one ‘suppressed’ any votes and she damn well knows it. Instead of being a leader, losing gracefully and regrouping, this is the bitter, conniving, sniveling crap you get from Clinton. She’s disgusting and a world class liar.

She didn’t cite any evidence to back her claims that voter suppression caused her to lose more than 27,000 votes in Wisconsin — the margin of votes between Clinton and Trump in Wisconsin last November. Because there isn’t any. Following the election, a journalist claimed that 300,000 Wisconsin voters were turned away from polling places over the state’s “strict voter ID law.” The claim was unfounded, according to fact-checking website Snopes.com. Liberal website Vox.com also rejected the idea that voter suppression caused Clinton to lose. She’s even lost the liberals on this one.

Clinton is such a hypocrite. During the election she lectured Trump on accepting the outcome of the election. In the end, she should have listened to her own advice. The Hildabeast is a sore loser and a bitter old woman looking to remain relevant. Too late. 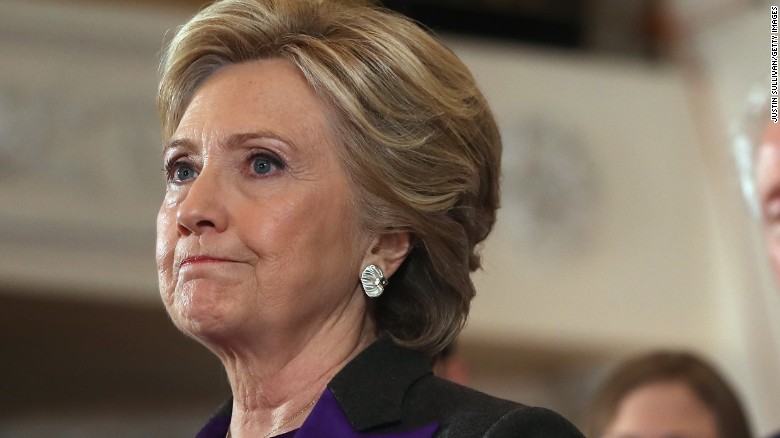