Hillary Clinton lost the presidential race — her second time failing in her ambition to be president — but it doesn’t mean that her political ambitions have died. Rumor has it, she’s considering running for mayor of New York City. Being that it’s an extremely liberal city, and Hillary served as a New York senator, it seemingly makes sense. But New Yorkers are not feeling it at all[1]. 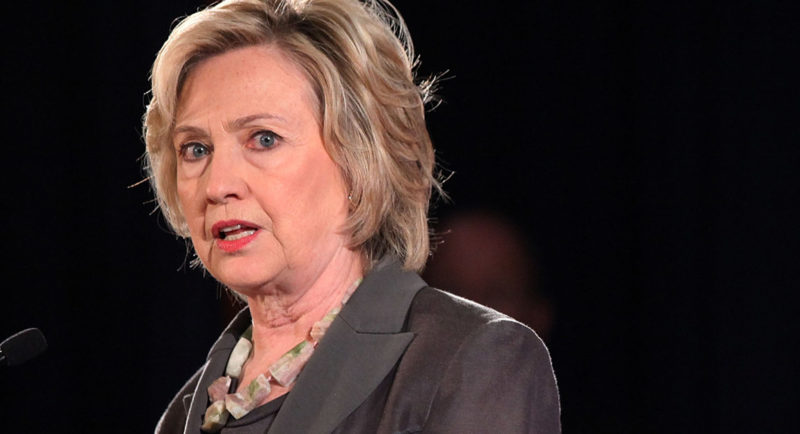 Hillary did, in fact, win New York City in the 2016 presidential election. But they have evidently already grown tired of her and now, they just want her to go away. This is according to a new Rasmussen poll, which found that a whopping 58% of New York City voters don’t want Hillary to run for mayor. Only 23% think that she should run.

But could she still stand a chance? Signs have been appearing throughout New York City that said “Hillary for Mayor” and a Quinnipiac poll found that Hillary would destroy incumbent mayor Bill De Blasio, 49% – 30%. Hillary, however, has said that she won’t run if Bill de Blasio doesn’t step down.

Politico reported that she is still strongly considering the possibility, though. “She still wants to be relevant, and there’s nothing wrong with speculation,” the site wrote. “The idea that people want to draft her is flattering, particularly after an embarrassing loss, they say. Plus the reality: If she ran, she’d probably be so immediately dominant that de Blasio might have to just step aside rather than get crushed on the way to her victory.”

The Washington Post, meanwhile, is urging her not to run. “Hillary Clinton won’t rule out running for New York mayor. She should,” a recent headline read. “There is a tendency where Clinton is involved to glorify the idea of her running and then turn on her once she actually becomes a candidate. The simple fact is that if Clinton ran, there would be a series of ‘she’s just obsessed with running for things’ stories. And those would be followed by a series of ‘does she even care enough about New York to run it’ stories. You get the idea,” the paper read.

Do you think Hillary should run for office again, or is it time that she stepped down?