How Hillary Clinton got the passwords for veep candidates, and should you be worried?

Wow, Hillary doesn’t even try[1] to hide the fact that she’s a beast. In an attempt to vet not only her VP choices, but everyone around them, she put them through a brutal five week interrogation cycle. She used her henchmen, John Podesta and attorney Jim Hamilton to play Gestapo for her. Each candidate was allowed to bring one person with them as a witness of some sort. They had to turn over every password for every social media account for every member of their family. Also required was every resume over the last 10 years, every gift they had ever received, every piece of property they had ever owned… it was the kind of background check you give for high level security clearances. Something this woman would never subject herself to in a million years. 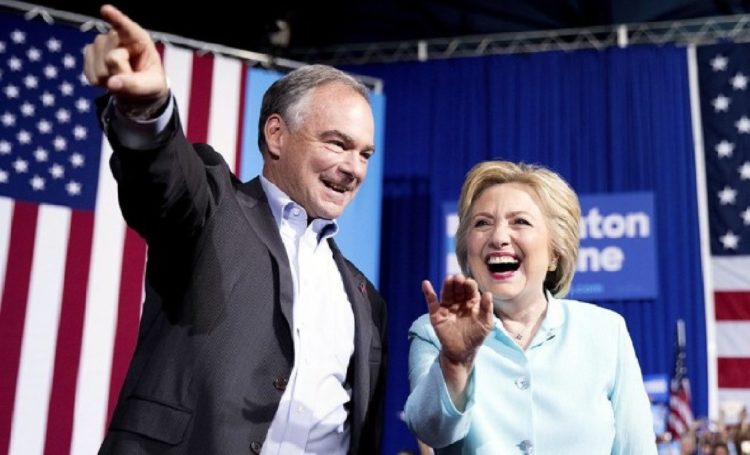 They had to turn over every password for every social media account for every member of their families.

They had to list every piece of property they’d ever owned, and copies of every résumé that they’d put out for the past 10 years. Every business partner. Every gift they’d ever received, according to those familiar with the details of the vetting process.

For the finalists in the hunt to be Hillary Clinton’s running mate, it was five weeks of questions and follow-up, and follow-up to the follow-up questions, starting from when they were summoned one-by-one to meet with campaign chairman John Podesta and lawyer Jim Hamilton and told to bring along just one trusted person who’d serve as the point of contact…

…The Clinton campaign, which provided traveling reporters Friday night with a press release in background, bullet point form about the process, was carefully nudging narratives throughout.

Clinton wasn’t going to leave anything to chance here. She wanted someone she could completely control. Invasive doesn’t quite cover what she did here with these candidates. And in the end, her choice was Tim Kaine from Virginia. Podesta’s leak-protection plan assigned each candidate a different additional lawyer to handle the vetting. The 150 questions on the first part of the questionnaire were standard, with an addendum based on their individual histories that surprised some of the candidates with how much they’d already been vetted before they knew that the process had actually started. Round after round came back with more follow up questions, swamping aides for weeks. There was nothing that was not dug up on these people… most of it before they ever officially entered the vetting process. Obama sent his blessing for the selection of Kaine. Hillary will make the ultimate mob boss and will rule just as ruthlessly as one. Only she’s worse… she’s a stone cold Marxist.