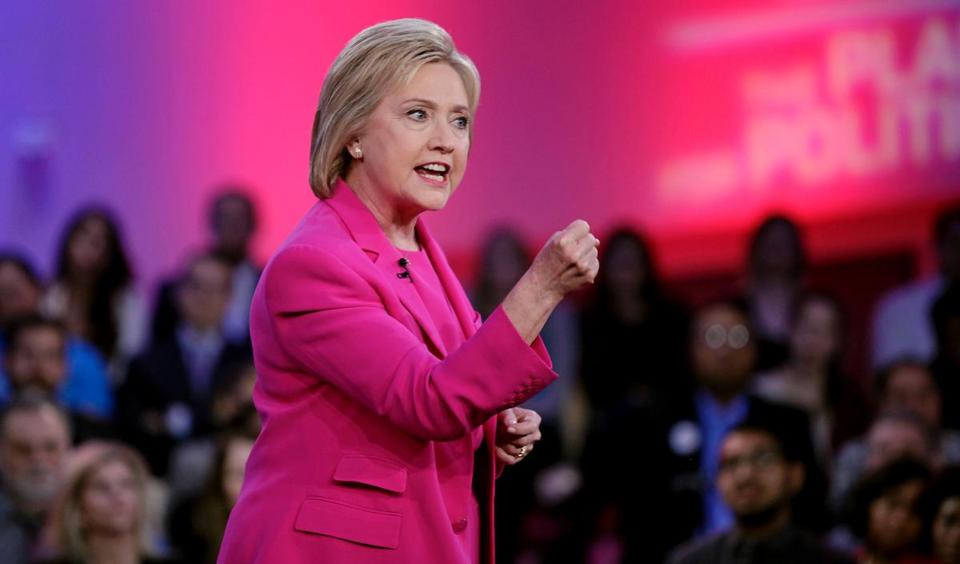 Loser Hillary Clinton was booed at a university across the Atlantic Ocean when she attended one of their ceremonies to receive an honorary degree.

Hillary Clinton, who lost the 2016 election to President Donald J. Trump last year has been granted an honorary degree for her “commitment” to the rights of families and children by Swansea University in Wales

In July, Hillary was booed by a crowd of teachers when she told an audience about a “needed dialog” between public and charter schools. She said that when “schools get it right, whether they are traditional public schools or public charter schools, let’s figure out what’s working and share it with schools across America.” The audience was upset, because they said that the charter schools absorb their best students. She was speaking to the Marxist National Education Association[2], which is against any kind of acceptance of schools that are not public and under their watch, whether it be charter schools or homeschooling parents. Swansea is over 3,500 miles away from Washington, D.C. and they have renamed their College of Law to the Hillary Rodham Clinton School of Law.

Wales has a different legal system than the United States and it sounds like the Welsh runners of the college are so in love with the failure candidate from America that they chose to name their law school after Hillary instead of finding a local hero (or a local donor) to bear the name instead. Campuses are usually named after alumni who make an extraordinary contribution to the world or an extraordinary contribution to the school’s bank account, but all Hillary did was flounce around the States, blame Benghazi on a YouTube video, then lose an election.

During the acceptance speech she gave to the gathered crowd in Wales, she said that children have been “disadvantaged” by the British vote to leave the European Union, saying that Brexit had in turn caused bullying in British schools.

“Teachers and schools [in Britain[ are reporting an outbreak of bullying and racially motivated insults.”

Those are reports of insults, which doesn’t go far in terms of evidence. Aren’t you a lawyer? Would you really go forward with a client if they only had reports?

Hillary herself was the victim of “bullying” when video footage (below) showed her being called a fascist by yelling, booing crowds outside of the school.

She told the crowd that she believes in the “value of the European Union.”

Last year her husband was booed at a campaign stop in West Virginia[3] before their state’s primary. Hillary didn’t go, because if she had she would’ve faced questions about her policies that would’ve put those same West Virginians out of work by putting coal mines out of business.

Here’s the video from a reporter for the Wales News Service:

Hillary Clinton arrives at Swansea University to a mix of cheers and boos ahead of receiving her honorary award pic.twitter.com/v0Ay3SlKQu[4]