Hillary Clinton Makes Shocking Announcement That Nobody Was Expecting 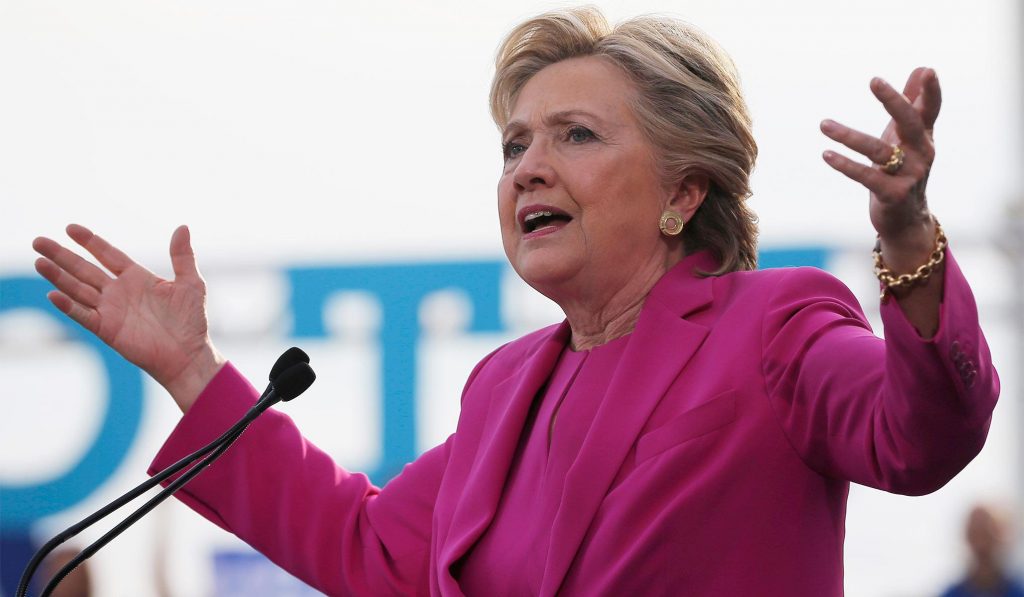 During the long haul she’s taking to convince someone, anyone to buy her book What Happened, Hillary took some time to drop by the British Isles where a Welsh law school was named after her (with bonus video footage of crowds booing her and calling her a fascist[2]) and to speak with the BBC.

On the BBC Radio 4’s Woman’s Hour program (since the BBC is basically NPR, but with British accents, it’s safe to guess that this wasn’t a cooking show), Hillary had a tremendous, shocking, surprising announcement to make to her non-American audience.

“No, I will not run again [for the office of President.]”

Did she really have to announce this? Is this a shock? She’s tried twice and still managed to get a position as Secretary of State, much to the dismay of Ambassador Stevens.

When I heard the news, I quickly checked in on the person who is the biggest and possibly the only remaining fan of Hillary Clinton, but Lena Dunham has not yet tweeted her grief.

Hillary said that right now she believes her voice is currently “magnified” and that she believes support for Trump will fall and that people will come around and say to themselves, “What [Hillary] said was right, and now where do we go from here?” Support for Trump is only negatively impacted by Republican stalling in the Senate. Don’t know if you’ve noticed, Hillary, but there are already prototypes of The Wall being built, so the base will continue to be happy.

A few days ago, Donald Trump went on Twitter to crack jokes about Hillary’s delusions, hoping that she’d run again in order to lose:

I was recently asked if Crooked Hillary Clinton is going to run in 2020? My answer was, "I hope so!"

So, if not Hillary, does that mean we’re stuck with California’s Kamala Harris? Dinesh D’Souza has already zeroed in on her many, many factual errors notably over a recent tweet where Kamala forgot to mention that “every segregation law in the South was passed by a Democratic legislature[4] and signed by a Democratic governor.”

Earlier this month, she faced the laughter and wrath of Twitter as she incorrectly interpreted the Constitution to include three things that are most definitely not in there: Public health, public safety and public education. While she droned on about how the evil Republicans weren’t prioritizing any of those three things, she was asked over and over again if she had ever even bothered to read the Constitution[5]. My money is on no.