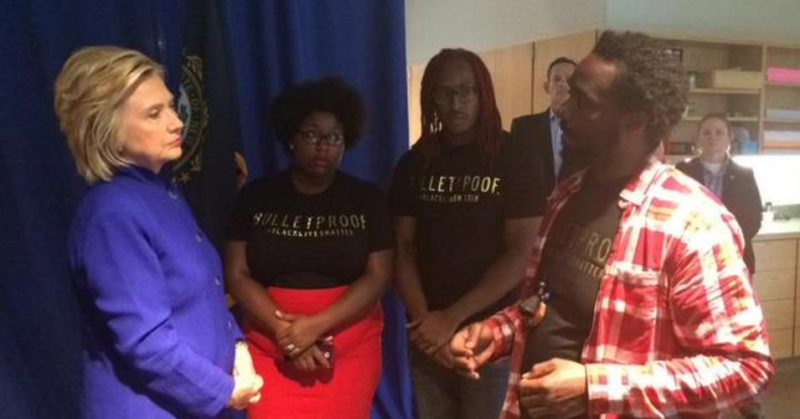 The Black Lives Matter movement claims that racism is endemic among the country’s law enforcement agencies — and Hillary Clinton evidently agrees. Rather than understanding that there are a few bad apples in any profession, they paint all police officers with a racist brush. And now, she’s found a new opportunity to pander some more[2].

Terence Crutcher is a black man who was shot by police officers in Tulsa, Oklahoma. Crutcher was unarmed and in the police video, can be seen with his hands in the air and his back to police when he was first tazed and then shot. At no point does Crutcher make any aggressive moves towards police, yet for some inexplicable reason, he was shot and killed anyway.

The video makes it clear: this was murder, plain and simple. And the officers responsible should be fully prosecuted. There’s no getting around that. But of course, Hillary used it as an opportunity to smear all police officers, and to stoke racial tensions.

Appearing on The Steve Harvey Show, Hillary talked about the Crutcher shooting. “We gotta tackle the systemic racism, this horrible shooting again, how many times do we have to see this in our country?” she asked. “This is unbearable and it needs to be intolerable.” Lucky for us, Hillary has a solution to this nationwide problem: vote for her, of course, and these shootings will end! 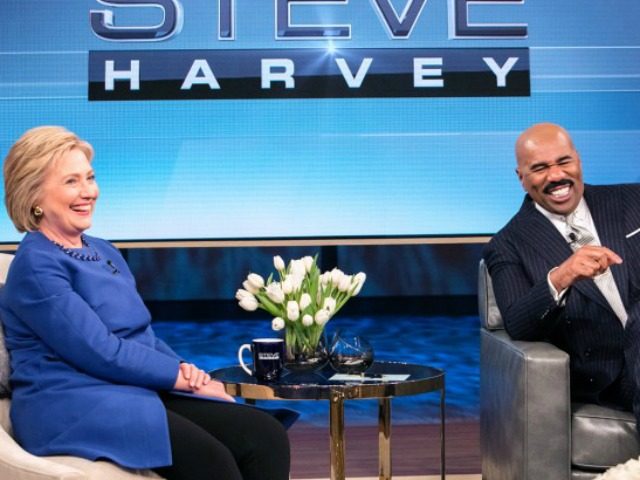 “Maybe I can by speaking directly to white people [and] say, ‘Look this is not who we are. We’ve got to do everything possible to improve policing, to go right at implicit bias’,” she said. “We can do better. We have got to reign in what is absolutely inexplicable.”

While she did pay lip service to the many “good honorable cool-headed” police officers around the country, she had absolutely no problem whatsoever exploiting this tragedy in an effort to get more votes. And that’s despicable. She couldn’t even wait for Crutcher’s family to bury him before she started using him as an opportunity to ask people to vote for her. Isn’t she ashamed? Is she not embarrassed? Because really, she should be.

What she’s doing is blatant race-baiting. It’s infuriating that liberals can so easily inflame racial tensions for their own gains, while calling everyone else racist. They’re trying to start a race war, and they’re doing it so they can place themselves in positions of power. That’s disgusting.