Hillary Gets BAD News – She Could Be Going Down

Looks like a whole bunch more crap[1] is about to be dumped on Hillary Clinton. Two reports came out yesterday that have new details on the FBI’s investigation into Clinton and her dealings. It states that she’s about to get an up close and personal interview with the FBI. Her aides have had their attorneys contacted by prosecutors already on this. All of this revolves around the classified information that Cheryl Mills and Huma Abedin sent and received and that then wound up on Hillary’s private email server. According to The Times, dates have not yet been set for the interviews with Clinton’s aides, but they are forthcoming, indicating that the Justice Department will soon wrap up its investigation. 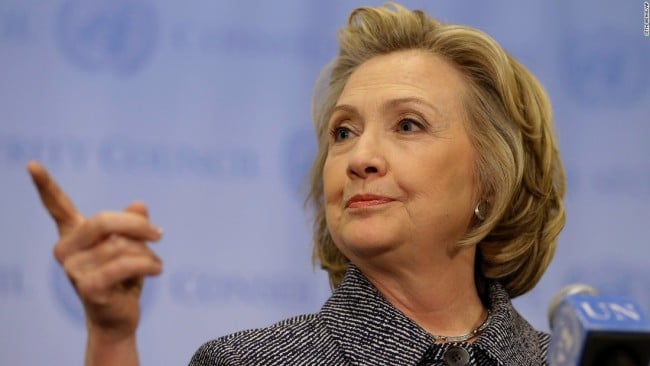 Two reports out Sunday provide new details about the FBI’s investigation of Hillary Clinton, including that 147 FBI agents have been involved in the probe and that federal prosecutors are expected to soon seek an interview with the presidential candidate.

According to The Los Angeles Times[3], prosecutors have contacted the attorneys for the top Clinton State Department aides who sent and received classified information that landed on the former secretary of state’s private email server.

The FBI seized that device in August, after the intelligence community’s inspector general determined that some of the emails sent to Clinton contained “Top Secret” information.

Hillary has and still is denying she is the target of the FBI investigation. Either she’s delusional or a weasel or both. She would not answer a question when she was quizzed on whether she would quit the presidential race if she were indicted. I’m so not surprised over that. “Oh, for goodness, that’s not going to happen. I’m not even answering that question,” she said. She has also refused to call the investigation an investigation, calling it a “security review” instead. 147 agents have been assigned to Clinton’s case and FBI Director James Comey has been thoroughly briefed. According to the paper, the FBI has sped up its investigation in order to avoid announcing a decision too close to the election in November. Things are about to get even more interesting for the Hildabeast.