How embarrassing for the Hildabeast.[1] She packed out a stadium with 10,000 by having Beyonce and Jay Z there. But the minute the performance was concluded and Hillary started yacking, people started leaving. Trump on the other hand drew 11,000 in Hershey, Pennsylvania, with only himself as the headliner. One of these things is not like the other here. Clinton has to bribe crowds to show up… Trump simply shows up and they come to him by the thousands. It’s literally a Trump Field of Dreams event. Many have to be turned away. With Hillary, they just walk out. Pathetic.

Instead of celebrities, Trump honored vets, police, Gold Star moms and the military. The crowd cheered him. Quite a difference from Hillary’s event in Cleveland. In addition to the concert in Cleveland, the Clinton campaign had rocker Bon Jovi and R&B singer Ne-Yo urging voters in North Carolina to get out and vote, singer Jennifer Lopez doing the same in Miami and singer Stevie Wonder performing in Philadelphia, according to Fox News[2]. But all the celebrities in the world pandering for a socialist, can’t sell that turd sandwich to Americans. 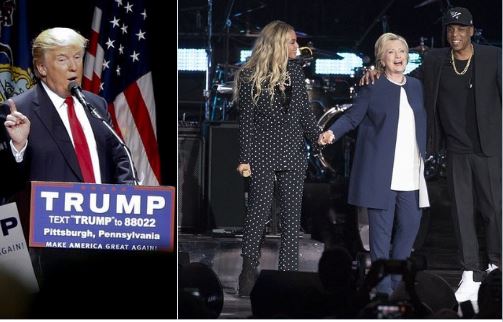 With Hillary Clinton pulling out all the stops to drive her low-information base to the polls, to include rolling out pop stars Beyonce and Jay Z, rival Donald Trump shrugged off the need for bread and circuses.

Speaking to a crowd in Hershey, Pa., the GOP nominee instead gave voters the opportunity to hear from an actual candidate in the race as opposed to Clinton resorting to entertaining them in Cleveland with a concert featuring the recording artists.

The Clinton crowd was quick to scram once the music went silent.

Fox & Friends hosts noted, “the challenges facing Mrs. Clinton were clearly on display on Friday. When she took the stage and began making the case for her candidacy, dozens of people began leaving the arena, the performance now over.”

As for the comparison, social media users were quick to note which candidate was more successful in drawing an audience.

Hillary just doesn’t get that she can’t buy votes the way she is trying to. She’s so unlikable that young people just don’t want to hear it from her. Even if they aren’t familiar with the depths of her corruption, they sense it. Who wouldn’t?

I still believe that Trump will pull this out. I can’t imagine someone as tainted and toxic as Clinton actually winning. Trump’s gatherings tell a tale of populism that wins out over Clinton’s propaganda every time. 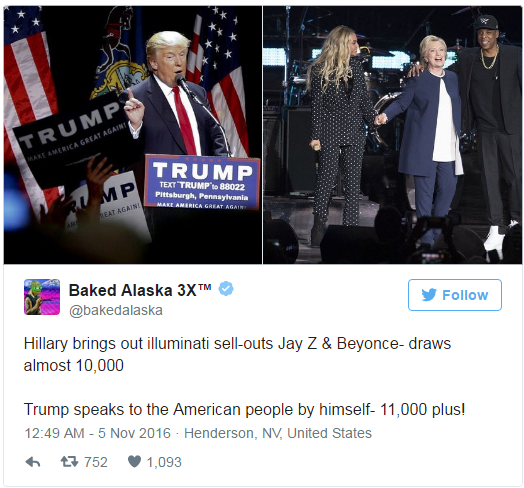 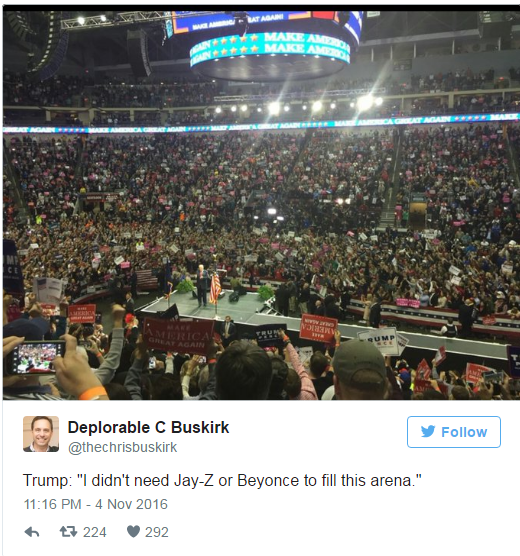 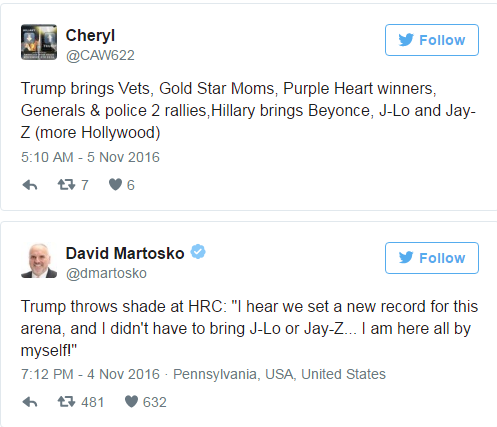 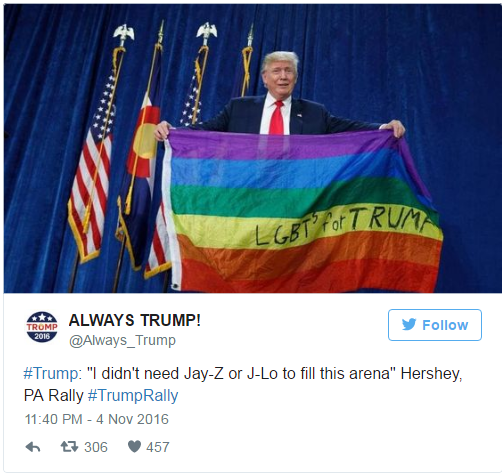