One of the oddest details of the Trump Inauguration was the presence of his former opponent Hillary Clinton[1], along with her creepy husband that did that one thing with that one intern. 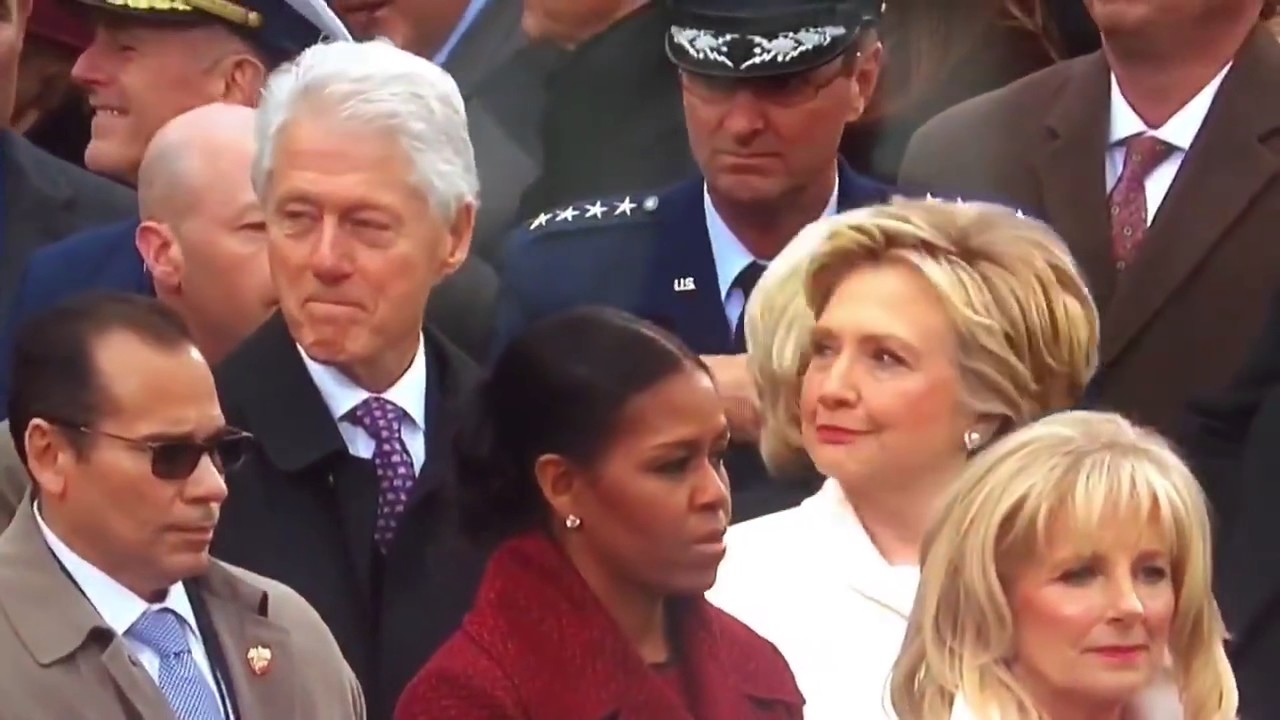 To say it was a forced appearance, is an understatement, but they did show up and that’s more than I can say for the slough of worthless members of Congress that decided to take a snow day off from the inauguration. But I digress…the Clintons made an odd sight and several accidentally hilarious moments ensued. Starting with Hillary’s look when she exited her vehicle. Now, I realize that this was a candid shot and she wasn’t ready, but it’s Hillary Clinton. Do we need permission to poke fun at her after everything she’s done to hurt Americans and their position in the world? No, the answer is no.

“DAMMIT BILL YOU SAID WE WERE GOING TO BRUNCH" pic.twitter.com/ueJSfDZaSV[3]

When she appeared on the steps of the Capitol, she was “welcomed” like only a politician who despised Trump voters could be welcomed, and jeered by some Trump supporters who clearly were not finished gloating or condemning the woman.

And then there’s this! The most embarrassingly funny clip that revealed once again — and on national TV — that Bill Clinton is Bill Clinton…and that debased old man will NEVER change his ways.

Bill was actually caught on TV’s all across America and the world, ogling Trump’s daughter Ivanka, disturbingly biting his lip, mouthing and otherwise enjoying whatever that sicko enjoys…that was up until Hillary catches him and gives him the longest glare I think I have ever seen from these two!

Watch as he tries to shake it off!