Hillary: Trump ‘Gives a Lot of Encouragement and Rhetorical Support’ to KKK [VIDEO]

I am not the world’s biggest supporter of Donald Trump. He ticks me off more often than not. But he is NOT a supporter of David Duke and the KKK. I have heard him repeatedly say both sides are at fault… both the white supremacists and Antifa. This woman wouldn’t know the truth if it trout smacked across her snout. She had the nerve to go on: “I can’t tell you what’s in his heart, Judy. I don’t know. It could be total rank cynical opportunism. He has a hardcore base that believes these things and he is going to keep feeding it.” Did you hear that? She just called every Trump supporter out there a white supremacist. Those are the people she called a ‘basket of deplorables’. She doesn’t know when to quit digging. 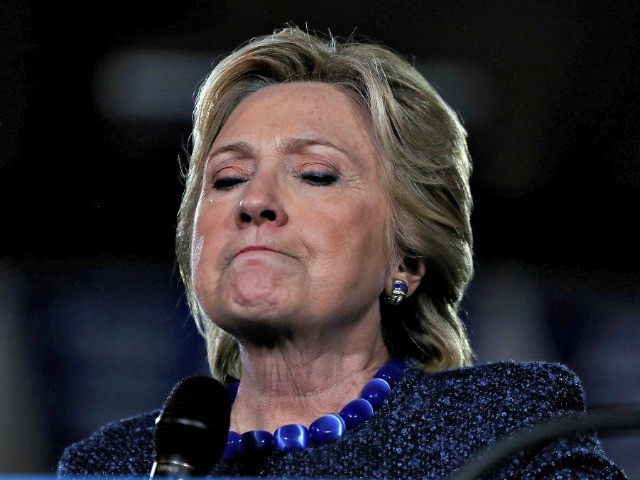 The media is still pushing this cloven hooved shrew as a leading figure in politics. Maybe with radical leftists and communists, but not mainstream politics. She is definitely polarizing in a hateful way. And she’s really been ratcheting up the Trump hatred to promote her moronic book, ‘What Happened’. Clinton went on shoveling: “He took advantage of some of the conspiracy theories that these people propagate, like birtherism. So, I can’t tell you what’s in his heart. I know that he was sued for racial discrimination in his business.” That doesn’t make him guilty of it. As I understand it, Clinton has far more of an issue with race than Trump does. What a hypocrite.

Clinton added: “So I think that what’s important is that, as a leader, he speak up on behalf of the rights of all Americans and the respect we should show for the diversity of our country, which I think is one of our great strengths.” Trump has many times over spoken up on behalf of all Americans. Clinton really hates that he beat her and it shows every time she opens her trap. But she was very supportive of Trump supporting DACA. That should tell him all he needs to know about that disaster.

Look… Clinton is the most corrupt politician of my lifetime. She’s also one of the most hated out there. Trump may have his issues, but racism isn’t one of them and she knows it. It’s a convenient political talking point. Wouldn’t it be enlightening to find out how she treated her staff for real in the White House? I’ve heard many rumors about Clinton. Rumors that say she’s racist, she hates cops, military and the Secret Service… she hates just about everyone and they hate her back. So, of course lying about Trump comes with ease to this harpy.