Hillary’s Stunning Lack of Self-Awareness: Can You Believe She Tweeted This?

It’s no surprise that Hillary Clinton has a tendency towards tone-deafness. But what she just tweeted went beyond the pale when it comes to her lack of self-awareness. 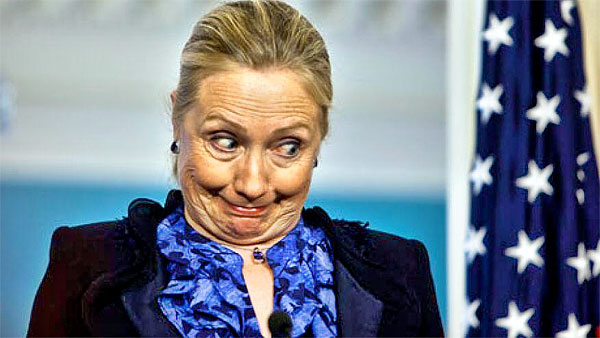 “There should be no bank too big to fail and no individual too big to jail,” Clinton told the moderators during the first hour of the debate Sunday.

Within seconds, the remark was tweeted out to the former secretary of state’s five-plus million Twitter followers.

"There should be no bank too big to fail and no individual too big to jail." —Hillary #DemDebate[2]

And the response was not what Clinton’s campaign had hoped for.

@HillaryClinton[4] That includes you, Hillary.

@HillaryClinton[4] Does this include yourself? #possibleindictment[6]

@HillaryClinton[4] that goes for you also, Hillary you committed a crime when you failed to protect classified information

Of course she doesn’t mean it — Hillary is all about protecting herself and her cronies from jail, and her husband released anyone imprisoned that could pay him enough money before he left the White House. It just makes it all the more laughable that Clinton would dare say something like this. What was she thinking??