Well, isn’t this interesting. It looks like the FBI reportedly buried evidence that ties the Clinton Foundation to a Russian bribery scheme that was taking place while the Obama administration dithered over whether to give Putin control over our uranium. Evidence goes back to 2009 on this, including “an eyewitness account — backed by documents — indicating Russian nuclear officials had routed millions of dollars to the U.S. designed to benefit former President Bill Clinton’s charitable foundation during the time Secretary of State Hillary Clinton served on a government body that provided a favorable decision to Moscow,” The Hill reported Tuesday. Now, that’s damning and treasonous.

It was widely thought in the last election that the Clinton Foundation was influence peddling – a pay-for-play scheme, trading donations for political favors. Of course, the Clintons denied it, but everyone and their hamster knew it was going on. Hillary Clinton came under heavy criticism for approving Rosatom’s, Russia’s state-owned nuclear energy company, acquisition of Canadian mining company Uranium One. Twenty percent of our uranium rights were simply handed over to the Russians. Clinton said there was no reason at the time to oppose the Uranium One deal and argued the committee she served on had no veto power to stop the deal — they only gave the president a recommendation. But there was collusion between Clinton and Obama to ensure that deal went through. 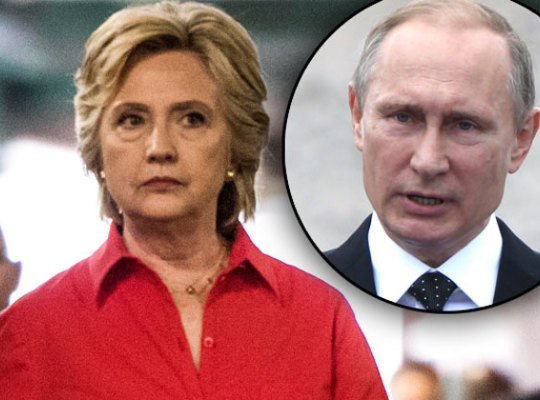 The Hill has uncovered documents showing investigators “had gathered substantial evidence well before the committee’s decision that Vadim Mikerin — the main Russian overseeing Putin’s nuclear expansion inside the United States — was engaged in wrongdoing starting in 2009.” Shocker there. The Russians never have been and never will be our friends. “The Russians were compromising American contractors in the nuclear industry with kickbacks and extortion threats, all of which raised legitimate national security concerns,” a source who worked on the case told The Hill. That is classically the way that Russia works. “And none of that evidence got aired before the Obama administration made those decisions,” the source said.

The Russians began the takeover of Uranium One in 2009. U.S. officials approved the Uranium One take over in October 2010. The takeover gave Russia control over twenty percent of U.S. uranium reserves. And here’s the kicker… the merger went through 2013. And during that time, donations from the charitable foundation of Uranium One’s chairman donated $2.35 million to the Clinton Foundation. Heck of a pay day. But if you really want to see how the Clintons made millions, look up Skolkolvo and how Hillary helped the Russians set up their own version of Silicon Valley. In return, she made millions and set the Russians up to attack us via cyber warfare.

Bill Clinton was given $500,000 for one speech in Moscow right after Rosatom announced they would be taking over Uranium One. Clinton was paid by a “Russian investment bank with links to the Kremlin that was promoting Uranium One stock,” The New York Times reported in 2015. The Russians were definitely ingratiating themselves with the Clintons. There is evidence of “the transmission of millions of dollars from Russia’s nuclear industry to an American entity that had provided assistance to Bill Clinton’s foundation.”

Now, tell me again why we haven’t gone after both Bill and Hillary Clinton? There is sooo much dirt on them, it should have been a no-brainer. Obama, Clinton and the FBI covered all this up. Isn’t it time to finally have some real justice here? Russian nuclear industry officials were engaged in bribery, kickbacks, extortion and money laundering designed to grow Vladimir Putin’s atomic energy business inside the United States and Hillary Clinton was right in the thick of it.