Normally, I would feel sorry for someone who endured a loss over an election. But I feel no sympathy for Huma Abedin[1]. Given her history and connections to the Muslim Brotherhood and the Caliphate, all I feel is massive relief that she will no longer grace the halls of the People’s House. The Clinton dynasty is dead for good this time and I am thrilled over that.

Huma Abedin was photographed weeping openly in public after Clinton lost her bid for the Presidency. It’s not a good look for her by any means. This happened today… I imagine her world is crashing down between her pervert husband being caught and now this. I wonder if she will go back to Saudi Arabia. We probably won’t be that lucky. We dodged a bullet over this woman, trust me. She was a clear and present danger from within. 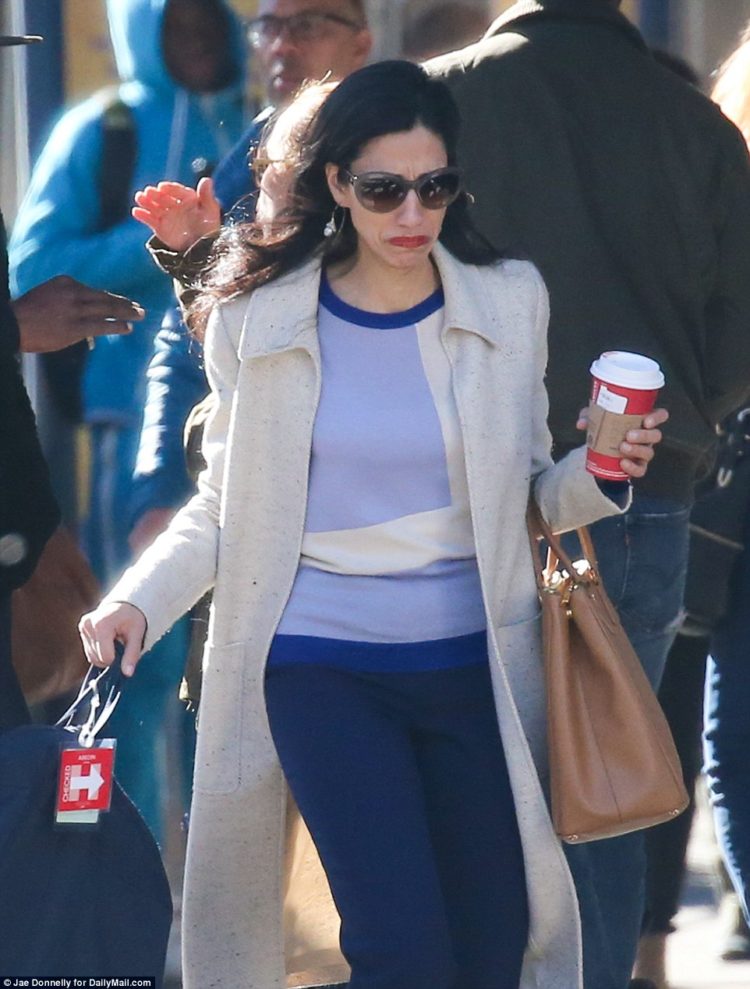 Hillary Clinton’s closest aide Huma Abedin wept openly in the street on Friday as she returned to the place where the Democratic candidate’s campaign was fought – and lost.

Abedin looked like she had the weight of the world on her shoulders as she visited the campaign headquarters of the failed presidential candidate – after her own stumbles and her husband’s sexting habits helped contribute to Clinton’s historic defeat.

Abedin ventured out of her Manhattan apartment and went to the office three days after President-elect Donald Trump shocked the world by defeating Clinton.

She approached the tall building with stunning views which had until Tuesday been filled with staff an volunteers carrying a bag and a purse.

The pain and emotion of the situation were clearly visible on the face of the long-time loyalist, despite the dark large-frame sunglasses that covered her eyes.

Abedin was weeping on the way back to the Clinton campaign headquarters in Brooklyn. It is arguable that one of the primary reasons Clinton lost to Trump was because of Abedin’s estranged pervert of a husband and the FBI reopening Hillary’s email case. No one knows what Abedin will do now. She’s never worked in the real world… she’s been with Clinton since graduating college… for 20 years.

Abedin made the phone call to Trump’s aide Kellyann Conway in which Clinton conceded to the President-elect – minutes after her campaign chairman had suggested there would be no concession. Her husband will probably go to prison after sexting a 15 year-old girl while their baby was in bed with him. Again, no sympathy here. Just can’t find any.

Huma ventured out of her Manhattan apartment and went to the office three days after President-elect Donald Trump shocked the world by defeating Clinton. She approached the tall building with stunning views which had until Tuesday been filled with staff and volunteers carrying a bag and a purse. She looks like she has been crying a lot and that her soul is crushed over this. Karma is a b*tch.

This is the end of the Clinton legacy and now Huma Abedin will have to make her way in the real world without her loyal friend Hillary and without her husband. It all went so horribly wrong for her so fast. How the mighty have fallen. It will be interesting to see what she does next. 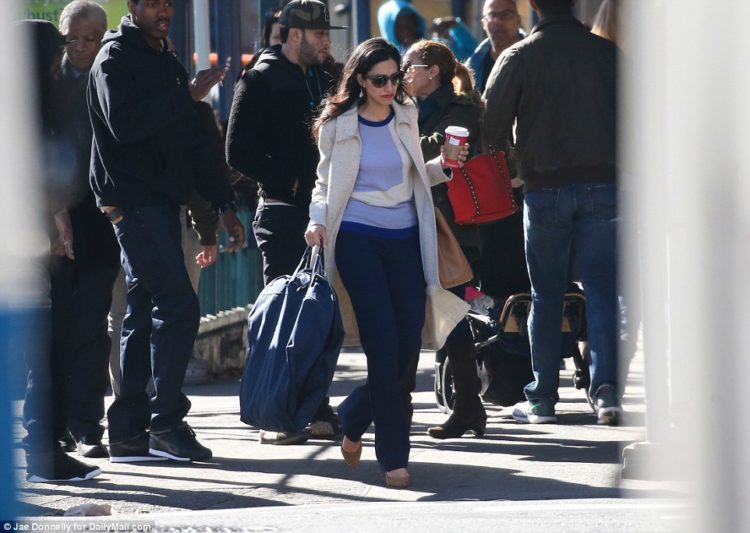 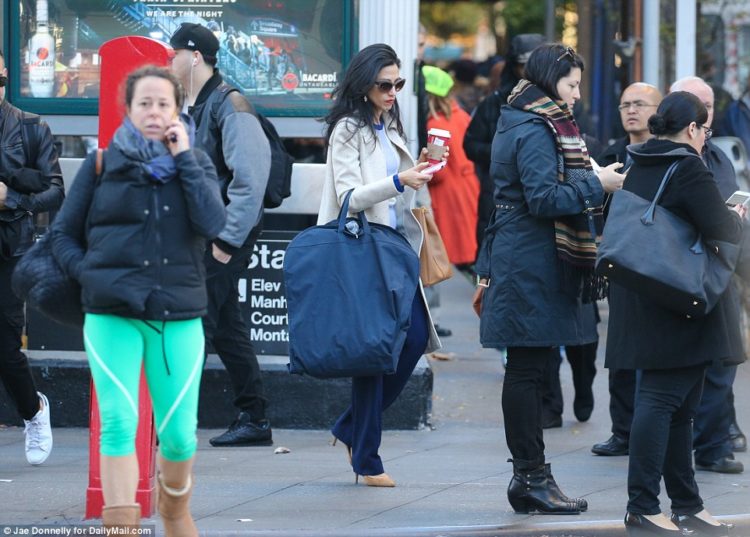