I think the real reason that Comey changed his stance[1] on Hillary Clinton and her email scandal is multi-faceted. First off, he probably had a hard time living with himself after he let her walk. He knows how it made him look and multiple associates of his told him he had ruined not only his own reputation, but that of the FBI. Then there is the ever growing stack of resignations piling up on his desk. FBI agents that have been with the agency for years just couldn’t stomach what he did. Then there is Comey’s wife, who urged him to come forward. That’s a lot of pressure on anyone… I think Comey saw this as a shot at redemption and jumped on it.

Unfortunately, as Fox Business put it[2]: “James Comey, who was once regarded as the Eliot Ness of law enforcement, a modern day straight-shooter impenetrable to political pressure, will instead leave the office of FBI chief as something closer to Inspector Clouseau.” That is pretty much spot on… now Comey is roundly hated on both sides and Clinton is on the war path to take him down. I believe he did the right thing reopening the case. If he hadn’t, he surely would have been the center of an investigation and prosecution himself. He had no choice in this. 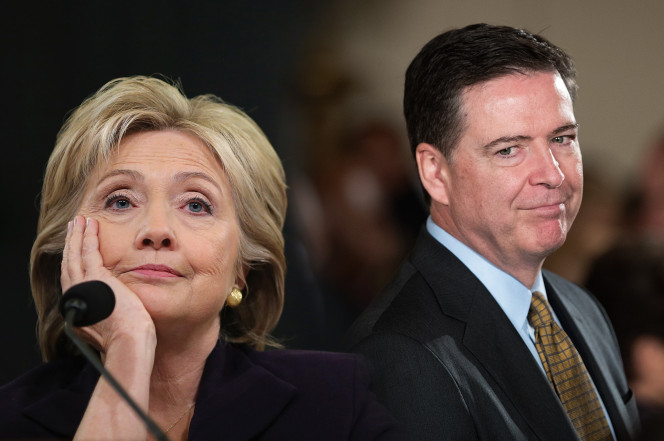 James Comey’s decision to revive the investigation of Hillary Clinton’s email server and her handling of classified material came after he could no longer resist mounting pressure by mutinous agents in the FBI, including some of his top deputies, according to a source close to the embattled FBI director.

According to the source, Comey fretted over the problem for months and discussed it at great length with his wife, Patrice.

He told his wife that he was depressed by the stack of resignation letters piling up on his desk from disaffected agents. The letters reminded him every day that morale in the FBI had hit rock bottom.

‘He’s been ignoring the resignation letters in the hope that he could find a way of remedying the situation,’ said the source.

‘When new emails that appeared to be related to Hillary’s personal email server turned up in a computer used [her close aide] Huma Abedin and [Abedin’s disgraced husband,] Anthony Weiner, Comey jumped at the excuse to reopen the investigation.

Every law enforcement official out there believes this should never have gotten to this point… not if Comey had just done his job in the first place regardless of politics. There is just sooo much overwhelming evidence against Clinton that this should have been a no-brainer. Instead, here we are.

There has been a near mutiny within the FBI over this and Comey is being shunned. No one wants to talk to him and no one within the agency supported him on letting Clinton skate. I guess he is trying to rectify that now and he is trying to fix some of the damage. But some of it will never be able to be fixed because he caved to political pressure in the first place. Trust in his integrity is gone. It remains to be seen if he will really follow through here on doing the right thing. 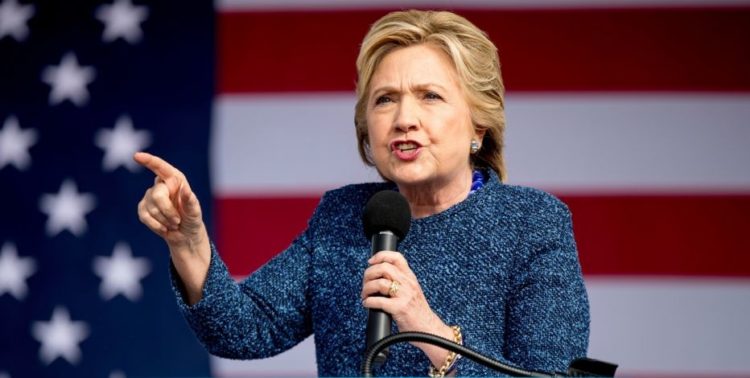