The mainstream media may have forgotten about Benghazi, but the military community hasn’t. And one Navy SEAL is breaking his silence. 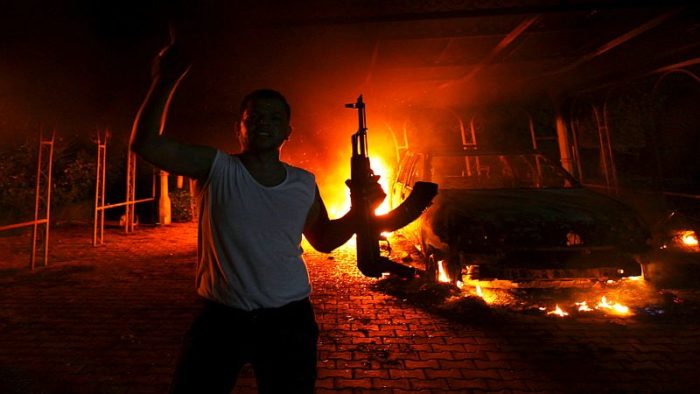 Earlier this week Dana Loesch sat down to talk with former Navy SEAL Tej Gill about Benghazi. He’s spearheading Project War Path, which sells t-shirts reading “Hillary Clinton killed my friends.” It’s safe to say he’s not a fan of hers, and rightly so. We’ve covered this subject in depth before – specifically detailing how Hillary Clinton is a lying gutterbeast (see Benghazi Victim’s Mom Blitzes Hillary: ‘She’s a Liar!’). Turns out there’s no new developments there– she’s still a lying gutterbeast. Verifiably, too; just refer to her email scandal. Also, any photo of her.

Tej points out how the deaths of Americans in Benghazi could have been avoided… Were it not for the stonewalling of hundreds of security requests. That’s a lot of concerns to sweep under the rug. In fact, you’re going to need a bigger rug…

600 seems like a big number to you and I, but I’d venture that it doesn’t seem like all that much to Hillary. For instance, $600 is probably the cost of half of one of her pantsuits. Not worth batting a withering eyelash at. Clearly.

Hillary let these people die, plain and simple. She should be nowhere near the White House.