KARMA: Democrats Begging Hillary To Quietly Step Out Of The Spotlight

So, during the election, liberals and the left, including Obama, were trying to convince us that Hillary was the best thing since sliced bread, now they want her out of the limelight.

I guess the bread got moldy[1]?

So, word is that there are several Democrats reportedly asking Hillary Clinton to step out of the limelight. Which is ironic since Americans, representing 306 electoral votes, asked her to step away, last November. They don’t catch on very quickly do they? 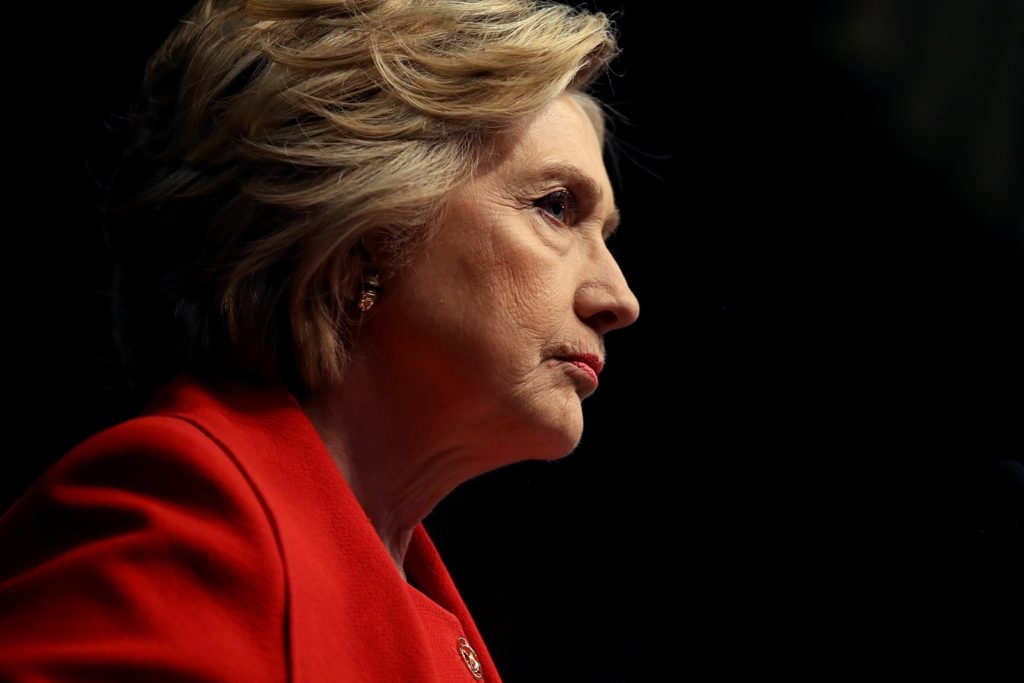 Apparently, they are just now learning that Clinton’s remarks blaming the DNC and others for her loss in November are hurting the image of the Democratic Party.

“She’s apparently still really, really angry. I mean, we all are. The election was stolen from her, and that’s how she feels,” one longtime Clinton aide said.

Andrew Therriault, a former DNC directory, was pretty loose with his tongue when he criticized Clinton, calling her accusations against them “f**cking bullsh*t.” Hillary Clinton also had gone on the record having the audacity to blame former FBI Director James Comey, the Russians, the press, her primary and general election opponents, and yes, she even took it to ‘sexism’ as the reasons for her loss.

Some aides and strategists think Clinton needs to step out of the spotlight entirely and let new leaders in the party take up that role.

“If she is trying to come across as the leader of the angry movement of what happened in 2016, then she’s achieving it,” said one former senior aide to Obama. “But part of the problem she had was she didn’t have a vision for the Democratic Party, and she needs to now take a break and let others come to the forefront.”

Despite those in the party calling on Clinton to leave the public eye, her aides and advisers say she will probably remain in the public spotlight to discuss the 2016 election to promote her book that will be released this fall.

Democratic strategist Jamal Simmons says that she should talk more about where she went wrong in the election as opposed to blaming others for her elections.

“It would be nice to hear a little more about the things she did wrong, which I believe mattered more than what she has discussed,” Simmons said.

Actually she didn’t have enough loyal liberals to steal it for her, like Obama did twice. That’s not the same thing as having the election stolen from her. She just couldn’t get enough support to steal it from us…like her comrade. Well, that’s just my opinion anyway. Hence, the absolute SHOCK she went through when she didn’t win. She truly thought she had it in the bag. That kind of confidence over something so important only comes from knowing you’ll win, because you cheated.