Keep fighting, I will be with you every step of the way’: Hillary Is Back, And She May Be Running For 2020…[VIDEO]

Just when you thought it was safe to come out and enjoy the sunshine, Hillary Clinton crapped back into the political spotlight this last Friday with a three-minute address to Democrats, somehow applauding them for their ‘resistance’[1] against the person who beat her. President Donald Trump.

By thanking them, was she referring to the radical leftist riots that destroyed property and beat innocent bystanders? 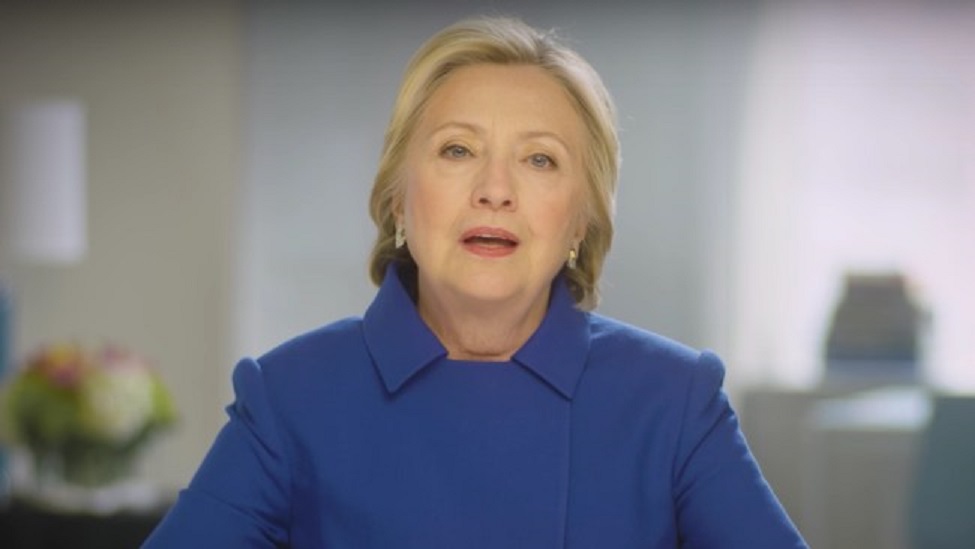 She exhorted her party of Democrats, which they are desperately trying to rebuild, to ‘keep fighting and keep the faith,’ even adding, ‘I’ll be there right with you every step of the way.’

Clinton’s message was released at the same time the Democrats’ meeting in Atlanta, Georgia was going on. They are there to settle on the new Democratic National Committee leadership tomorrow. But Clinton’s frequent attempts to slither her way back into the limelight suggest she could be trying to stay active and in front in order to curse us all with another run in politics.

She’s singled out the new president many times on Twitter, writing simply ‘3-0’ when a unanimous court decision came down against Trump’s travel ban.

She’s reproofed members of Congress for skipping town halls (like she skipped the election night rally?), pressed Trump to speak out against anti-Semitism (his grandchildren are Jewish…) and applauded Sen. Elizabeth Warren, D-Mass., during her floor fight with Senate Majority Leader Mitch McConnell (all she wanted was the spotlight and the donation funds that go with it…what a complete phony).

Today Clinton looked robotic-like and smug as she echoed some of the left’s recent outbursts against the Republican in the White House.

‘Hello Democrats! Thank you all for coming together to represent our party at its best – united, energized and ready to wage and win the battles ahead.’

She again used the weapon of the left – race – as she touted the multi-ethnic composition of her party.

‘Now as Democrats we have diverse views and backgrounds, we are Democrats after all, But we’re bound together by the values and hopes we share for our country.’

Wait. We are Democrats after all?!?

DEMOCRATS! THE PARTY OF SLAVERY!? Oh, the agonizing brain hemorrhage won’t stop there:

‘Nearly 66 million votes are fueling grassroots energy and activism and everywhere people are marching, protesting, tweeting, speaking out and working for an America that’s hopeful, inclusive and big-hearted’, she said with great pleasure. ‘From the Women’s March, to airports where communities are welcoming immigrants, refugees and people of every faith, to town hall meetings where people are speaking up for healthcare, the environment, good jobs and all the other issues that deserve our passionate support’.