Naturally[1], part of the Democrats’ party plank is killing the unborn. If you are a Marxist, it’s what you do. Hillary Clinton is a huge proponent of Planned Parenthood and killing babies. Hillary was keen to promote abortion last night: “If you believe we should protect a woman’s right to make her own health care decisions, then join with us,” she said. No thank you… infanticide is not my cup of tea. However, people keep saying how pro-life Trump is. No, not so much. He’s pro-life when it’s convenient, but he’s also a big supporter of the butchers of Planned Parenthood. He’s also a Christian of convenience. Killary is just much more in your face about it. 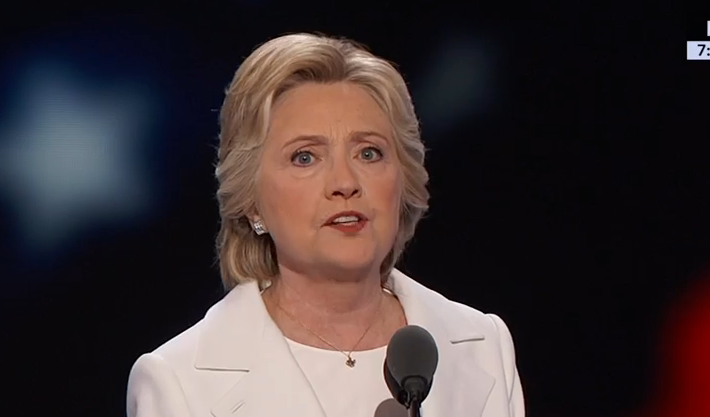 During her keynote address to the Democratic convention on Thursday night, Hillary Clinton wasted no opportunity promoting abortion. She began her speech promoting the Democratic Party platform that calls for forcing Americans to pay for abortions.

“We wrote it together – now let’s go out there and make it happen together,” Clinton said.

“We will continue to oppose — and seek to overturn — federal and state laws and policies that impede a woman’s access to abortion, including by repealing the Hyde Amendment,” it reads, promoting free abortions for poor women paid for by the American taxpayers.

Clinton told activists at a Planned Parenthood abortion business rally that she would “always have your back.” Clinton went on to thank the Planned Parenthood abortion activists for helping women who are victims of sexual assault even though these monsters have covered up statutory rape and have assisted in covering up a myriad of other crimes as well. Clinton praised Roe v. Wade for supposedly helping women avoid dangerous illegal abortions, but ignored how the pink abortionists were responsible for killing a black woman in a botched legal abortion. She also praised partial birth abortions. Clinton will pander to baby killers and wholeheartedly support mass murder if it helps get her back in the White House. She will force tax payers to pay for the murder of the innocent and she will see that our First Amendment rights are quashed and shredded. Clinton’s all about free abortions as long as you vote for her.