You would think that more liberals would be in the plunger business, because they really like bringing up old crap. Slavery, racial discrimination, Hillary Clinton, these are all old, irrelevant topics that need to be left in the past, but like a crazy ex-girlfriend, they keep coming back.

Now some law professor (who probably screeched like a hyena when Trump said he may not accept the results to the election) is detailing exactly what we need to do in order to have a President Hillary following the Trump/Russia investigation.

I can’t tell if it’s more sad or hilarious. Honestly, it’s a pretty even combination of both. 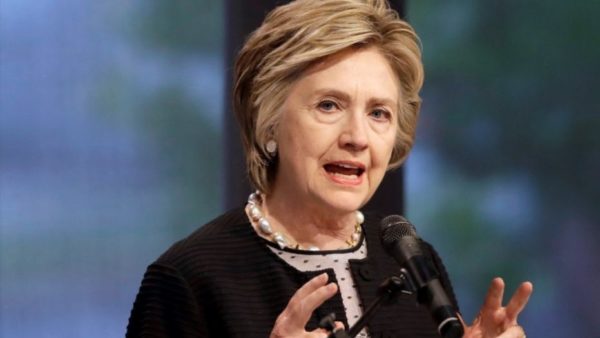 Harvard University professor Lawrence Lessig honestly believes that there is a chance (no matter how slim) that we could wind up with President Clinton 2.0 before too long.

This “constitutional law expert” (a title that is being used extremely loosely here) laid out the way we could see this in an article on Medium.

“If Trump is definitively found to have colluded directly with Russia, he would be forced to resign or be impeached,” it began. (Ask Mrs. Clinton about leaving office after impeachment. Go ahead.)

But this is when it gets a little hopeful and a lot weird.

“If Pence becomes president, he should resign too, given that he benefited from the same help from Mother Russia,” it reads. Honestly, this reads like someone who refused to take their meds for a few days and had an “epiphany” that they wrote on the subway bathroom mirror in bright red lipstick while laughing hysterically.

“If Ryan becomes president, he should do the right thing and choose Clinton for vice president,” it reads. “Then he should resign.”

The reasoning? Ryan should “do the right thing” by giving the Presidency to the person who was “defeated by the treason of his own party, and then step aside and let her become the president.”

“Without doubt, if Ryan did the right thing, that would be the most extraordinary event in the history of America since the Confederate Army fired on Fort Sumter. But unlike that, this event would build the union, not divide it,” Lessig stated, clearly underestimating the visceral hatred that people in this country have for Hillary Clinton.