After all hell broke loose[1] because Loretta Lynch and Bill Clinton met on an airplane during an active investigation of Hillary Clinton, Lynch is announcing that she will step back and let non-political investigators and appointees decide whether to charge the Hildabeast or not. Seriously? Does anyone out there believe that happy crappy? I’m not buying it for even one second. From what I understand Lynch and Clinton were in reality discussing the Clinton Foundation. That’s still a conflict of interest and lying made it much worse. I’m betting that Clinton will not be indicted and then you will see a bunch of people at the FBI quit over it. 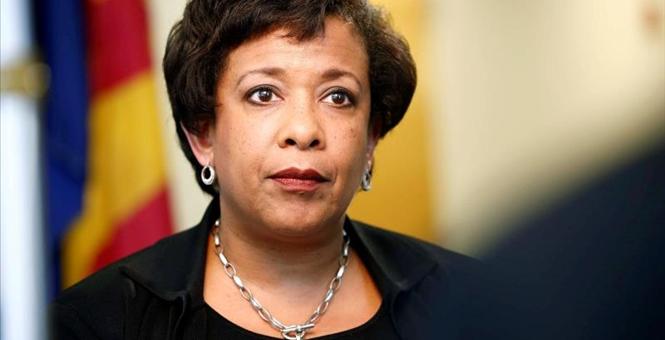 The source said Lynch will accept the determinations and findings of non-political appointees as well as FBI investigators and FBI Director James Comey. It is up to the FBI to recommend to prosecutors whether to bring charges, but no timetable has been announced. Despite the approach of the Democratic National Convention, Comey has said the priority is to be thorough and fair.

Critics, including Republicans and some Democrats, said the meeting compromised the independence of the ongoing FBI investigation.

When Loretta Lynch became the Attorney General in place of Eric Holder, I said that she would make him look like a walk in the park. She is turning out to be even more partisan than I thought and just as bad or worse than Holder. Clinton is now scheduled[3] to meet with the FBI tomorrow. Denise Simon points out the following: When the FBI calls Hillary, it is likely she is the final witness for the ongoing investigations… When Bill met Loretta Lynch on her private jet, it was highly probable that the schedule had already been set with Hillary… Loretta Lynch was likely advised of this interview by the FBI. The meeting will likely signal the final phase of the FBI’s investigation and will probably take place at Clinton’s home. I don’t like any of this and I have to wonder why Clinton is being coddled and catered to here. Clinton should go to prison, but I’m not holding my breath, even with Lynch supposedly taking a step back. Let’s hope by some miracle Hillary’s email scandal is going south and she will pay for it. Tomorrow’s a big day.