Mutiny Within The FBI: Resignation Letters Piling Up As Comey Tries To Right His Ship

This doesn’t surprise me in the least.[1] Actually, Denise Simon at FoundersCode.com[2] predicted this long ago. It is being reported that the resignation letters are literally piling up at the FBI and it has Comey mega-bummed.

When over 10,000 emails were uncovered on Anthony Weiner’s laptop in an FBI sting on his sexting case, Comey jumped at the chance to grab a little redemption. I guess he was finding it increasingly hard to live with letting the Hildabeast walk. Ever since Comey decided not to indict Clinton last summer, the atmosphere at the FBI is said to be ‘toxic’. Small wonder… and the agents there had threatened to walk if he did it. They kept their word even if Comey didn’t. Comey has received a bit of a miracle… a chance at a do-over to make things right. I hope he carries through.

James Comey’s decision to revive the investigation of Hillary Clinton’s email server and her handling of classified material came after he could no longer resist mounting pressure by mutinous agents in the FBI, including some of his top deputies, according to a source close to the embattled FBI director.

According to the source, Comey fretted over the problem for months and discussed it at great length with his wife, Patrice.

He told his wife that he was depressed by the stack of resignation letters piling up on his desk from disaffected agents. The letters reminded him every day that morale in the FBI had hit rock bottom.

Top agents have stopped talking to Comey and even his own wife became concerned. “He’s been ignoring the resignation letters in the hope that he could find a way of remedying the situation,” reported a source to the Daily Mail. Well, ask and ye shall receive! “The people he trusts the most have been the angriest at him,” a source revealed. “And that includes his wife, Pat. She kept urging him to admit that he had been wrong when he refused to press charges against the former secretary of state.”

They say Comey looks like he’s aged 10 years in the last four months. I don’t doubt that. The FBI’s image has been tarnished because of what he failed to do and his own reputation has been trashed. But if he brings Clinton to justice, all that will be forgiven, I imagine. Comey was also worried that after the election, Republicans would launch an investigation into how he had granted Hillary political favoritism. That would have been humiliating for Comey.

It’s rumored that both Loretta Lynch and Barack Obama are furious with Comey. Too freaking bad. Obama once said that his choice of Comey as FBI director was “my worst mistake as president.” From Obama’s lips to God’s ears. Let us pray that is so. 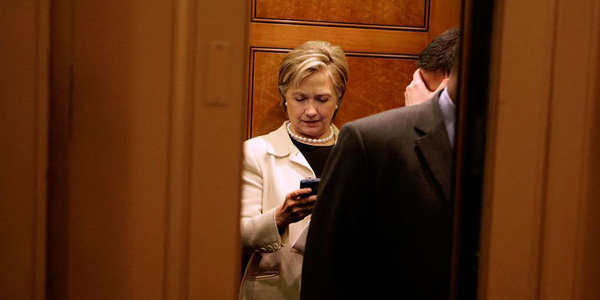 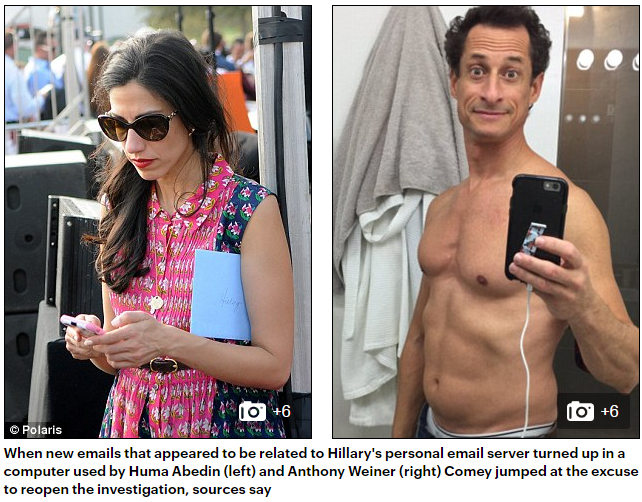