Newt Gingrich Lays “One In Three” Odds On Hillary Getting Indicted 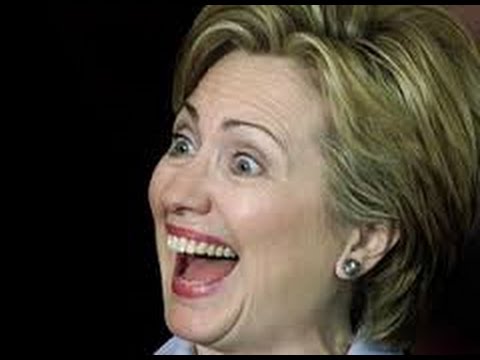 Former Speaker of the House Newt Gingrich says the “odds are about one to three” that Hillary Clinton will be indicted for her actions relating to Benghazi.

Appearing on Fox News’s “Outnumbered” Thursday, Gingrich said, “If your friends understand, for example, that Hillary Clinton is a liar, and they go to the coffee shop Saturday morning, and they are armed with that information, then the independents and moderates may well start changing.”

“I think there are two phases here, Hillary Clinton will be the nominee unless she’s indicted,” explained Gingrich. “The odds are about one to three she’ll be indicted, at which point they’ll be an enormous vacuum in the Democratic Party.”

“But nobody should kid themselves, Hillary Clinton is a layer cake. She is Benghazi, then she is emails, then she is Cheryl Mills who, as her chief of staff, took a half million dollars for negotiating with a foreign government while serving the State Department, then she’s Huma Abedin, who was paid more than the President of the United States while working for a foreign companies and serving the State Department, and then she’s the Clinton Foundation,” explained Gingrich. “Now part of the challenge of the news is we can only cover one layer of the case at a time. It’s never going to end.”

And finally, an interesting observation…

Regarding the Benghazi subcommittee hearing, Clinton “won the day and lost the war. Because they proved unequivocally one, that the ambassador was trying desperately to get help, and was being totally ignored. Two, that she just plain lied, and she methodically lied, and she lied straight to the face of parents of people who had been killed.”

A couple of things here. First, the conceit that Hillary Clinton “won” the Benghazi hearings because she wasn’t reduced to tears, or ranting and raving, is catastrophically ridiculous and it shows how over-the-top the Democrat bias in the mainstream media is. Few who paid attention to those hearings believe that lie, and when the Benghazi Special Committee finishes its work and delivers its report Clinton will come off very badly in it.

And second, don’t discount the animus of the Obama administration against Clinton. Yes, at this time it would be something of a death blow to the Democrat Party were an indictment to knock her out of the presidential race. But the Obama machine is clear in its preference for a Joe Biden or even Elizabeth Warren at the top of the ticket, either of which would be eminently possible should something knock Hillary out of her status as the “inevitable” nominee.

What’s more, it needs to be understood that Hillary’s use of a homebrewed private e-mail server was made so that she could subvert the Obama administration on a number of levels and the Obama machine is perfectly aware of that fact. We know that she used that server to surreptitiously consult with Sidney Blumenthal, whom she was forbidden to hire at the State Department, and that consultation resulted in the concoction of a disastrous policy in Libya that weakened Obama and, were Mitt Romney not to have blown a golden opportunity Benghazi represented, might have cost him re-election. She also used it to double-dip between her work at the State Department and the Clinton Foundation, with a clear implication that she was selling American policy to Clinton Foundation donors in unmistakable violation of a deal she made with Obama before taking the job as Secretary of State.

And third, we know that her use of that server, unsecure as it was, put an unfathomably large number of our state secrets at risk of being blown wide open. It’s obvious that the Chinese and Russians hacked that server and it’s proven that she was trafficking in classified material on it. With the Chinese hack of the Office of Personnel Management files, a digital Pearl Harbor with untold amounts of damage done to our intelligence community, fresh in everyone’s mind and the not-to-be-dismissed possibility that Hillary’s server could have been a conduit into the OPM system, this last part could be the largest motivator of all for Obama to continue this case to the finish line.

Yes, a one-in-three chance of an indictment is reasonable. It could be more.