WikiLeaks has released an email[1] that shows Doug Band, a former Bill Clinton assistant who helped found the Clinton Global Initiative, coming out and basically calling Chelsea Clinton stupid. Podesta’s response: “You are perfecting your skills for understatement,” he says. I have less than nothing in common with Hillary Clinton other than being female and a mother. If someone said that on my campaign about my child, they would be fired immediately. The fact that Hillary knows this was said shows how little regard she has for Chelsea. It’s disgusting.

Emails are no longer private these days… not that they ever were. If you are going to snipe about your employer’s child, you get what you deserve. Except in the case of Clinton, who values Podesta more than her own child evidently. As a rule of thumb, if you want to stay employed, you don’t dis your employer’s children… ever. This email is from 2012… poor Chelsea has probably been subjected to these jerks and their low opinion of her constantly.

“I have heard more and more chatter of [Chelsea] and bari talking about lots of what is going on internally to people,” Band complains in the exchange. “Not smart.”

Podesta’s response is brief but leaves his thoughts very clear.

“You are perfecting your skills for understatement,” he says.

Now, why would they say disparaging things about Chelsea this way? Band was irate because Chelsea had apparently launched an internal investigation of the Clinton Foundation’s finances and then told one of former President George W. Bush’s twin daughters about it. The information had then made its way to a Republican operative. She did the right thing… perhaps talking about it was a mistake, but for Pete’s sake! Someone should be looking into the Clinton slush fund.

If the Clinton campaign had nothing to hide, this wouldn’t have been a big deal. But since they are so dirty, Chelsea letting anything out could be devastating to the operation. It seems pretty clear that Chelsea is naive in most of these dealings. She’s swimming with some of the most vicious sharks in the business. If they think that lowly of Chelsea, imagine what they think about the rest of us. Just sayin’. 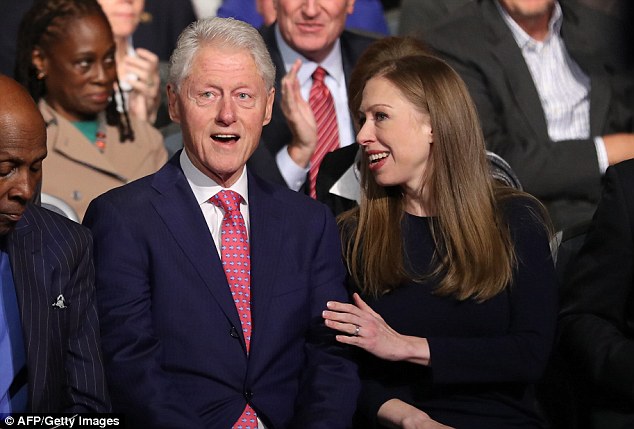