Looks like another debate moderator[1]/media talking head has been caught up in the WikiLeaks releases. CNBC’s Rebecca Quick, who is also the co-host of Squawk Box, has shown that she is totally in the tank for Hillary Clinton and is promising to “defend” one of her minions. Another facepalm moment.

Quick was a co-moderator with John Harwood at a 2015 Republican primary debate. In this email exchange with John Podesta, she promises to support Sylvia Mathews Burwell, who had just been named the secretary of the Department of Health and Human Services. Her promise was in response to Erskine Bowles, the former president of the University of North Carolina and the former chairperson of President Barack Obama’s National Commission on Fiscal Responsibility and Reform. It’s all in the corrupt family, don’tcha know.

In the April 11, 2014, e-mail, Bowles wrote to Quick to praise Burwell in the wake of the negative news coverage surrounding the appointment. “I listen to some of the talk today about Sylvia’s move to HHS,” wrote Bowles. “As you may recall, I picked Sylvia and John Podesta to be my two Deputy Chiefs of Staff. I picked Sylvia not only because she is brilliant (Rhodes), really Becky Quick like nice, informed and smart, but most importantly to me she knows how to run a large organization and run it effectively. … Regardless of your politics, any American should be glad that the President picked someone so competent to head such a critically important agency.”

Less than three minutes later, Quick promised to “defend” Burwell. “Thanks so much for the note—anyone with your recommendation is good by me,” wrote Quick. “Wish I’d seen this earlier while we were still blabbering! I’m out the first two days of next week but will make sure to defend her when things get further along in the nomination process.”

Bowles later forwarded the e-mails to Podesta, who thanked him,[3] writing, “This will help a lot and I think at the end of the day most of these Senators will come through… At any rate, thanks for coming thru as you always do. Love to Crandall and hope you’ll come to the Casa Podesta upcoming dinner to celebrate Sylvia’s swearing in.”

On April 11, 2014, Bowles wrote an email to Quick praising Burwell. She answered promising to “defend” Burwell. She is obviously part of that inner circle of Clinton’s that has media types feeding from their hand on every issue. Burwell has faced a ton of criticism since being named secretary of Health and Human Services, a position she continues to hold, primarily because of her role as the chief defender of the Affordable Care Act. You know… Obamacare… Obama’s boondoggle that is now failing spectacularly across the nation.

Quick, who is also the anchorwoman of CNBC’s On the Money, is married to Matt Quayle, an influential executive producer at CNBC. She has previously worked as a reporter for The Wall Street Journal and as a columnist for Fortune. This goes to show the blatant media bias out there almost all on the left. To defend Hillary’s people is to defend her. So much for being unbiased in the media. It doesn’t exist anymore. 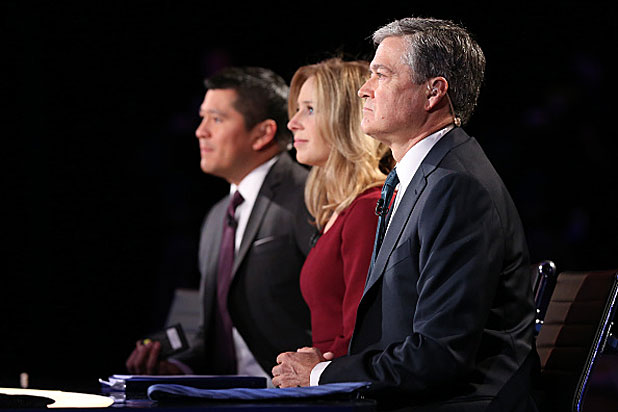