Hillary Clinton has not been a gracious loser towards Donald Trump. Ever since she lost, she’s been taking potshots at Trump every chance she gets. Unfortunately for Hillary, though, she’s just proven to be the loser… again. And Trump’s son, Donald Trump, Jr., made sure to give her an epic burn[1] on top of it. 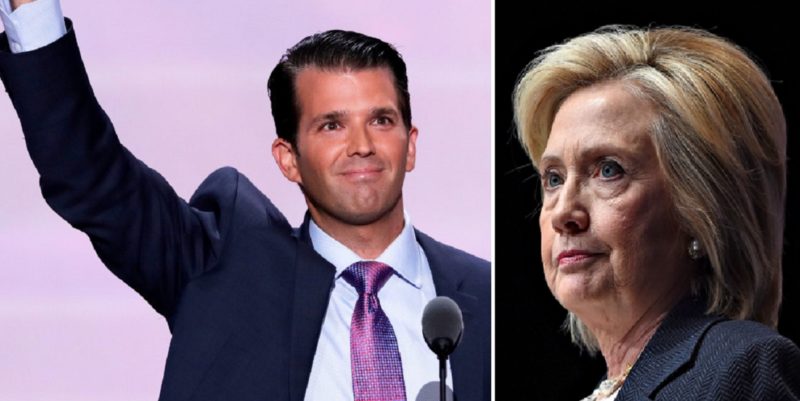 In February, the 9th U.S. Circuit Court upheld a ruling that kept Trump’s travel ban from taking effect. Hillary wasted no time boasting about this “loss” on Twitter:

That tweet backfired on her pretty much immediately, with people pointing out that she didn’t have much of a track record to brag about herself.

You're 0-2 running for President, I wouldn't brag too much.

Fast-forward to today, and the Supreme Court has now allowed for the travel ban to be partially reinstated. And Trump, Jr. decided to give Hillary a taste of her own medicine:

Lower Court Ruling Celebration. Spiking practice balls and getting your ass handed to you by Supreme Court 9-0. Tired of losing yet Hill?

Perhaps unsurprisingly, Hillary has yet to weigh in on the decision from the Supreme Court reinstating Trump’s travel ban. Maybe she’s finally learned her lesson about celebrating a victory too early and has learned, once and for all, to keep her mouth shut, especially when it comes to trashing Donald Trump.