Something STRANGE Noticed at Hillary Rally – Crowd Being Instructed… [VIDEO]

At a poorly attended rally[1] in Cleveland, Ohio, we get a peek at how the Clinton campaign prepares for one of her appearances. Her campaign staffers are seeded in her audience after they are coached on how to applaud and how to use signs. It’s staged, choreographed and sheer propaganda. No one likes this woman and very few bother to show up when she speaks.

I have never seen this kind of prepping at a Trump rally. It isn’t needed. The attendees are always enthusiastic and loud. They bring their own signs and no one has to coach them on how to behave. It’s a stark contrast from a Clinton rally. Thousands show up for Trump. Clinton is lucky if 50 show up and most of those are paid staffers. 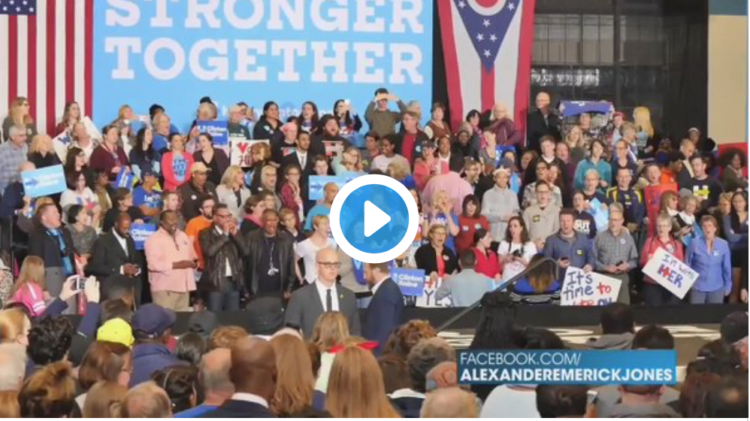 Hillary's small rally from a few days ago in Cleveland. Cheerleaders instruct crowd behind Hillary what to cheer, etc. So pathetic! pic.twitter.com/crLXuxhss2[4]

They were filming a commercial for Hillary Clinton. No one even wanted to be in the clip and that is very telling. The cheerleaders in attendance have to be instructed to be more enthusiastic, more excited. That’s when you know you have a dead horse as a candidate. Hillary always has small venues and her gatherings do not last long.

Trump is claiming[6] the election will be like Brexit times five. I guess we will see. The polls and electoral map show Clinton way ahead, which makes no sense if you look at the individual candidate’s turnout. Meanwhile, Clinton is already calling Trump a sore lose. Hold on there Hildabeast, we’re not done yet.

I have no idea how this is going to play out and frankly, I don’t think anyone else really does either. Both sides say they will win and the other will lose. What a mess.