On Thursday, Donald Trump hosted the latest stop on his victory tour across the country. Trump stopped in Pennsylvania, which was described as lively and festive. Hillary Clinton, meanwhile, had a holiday party on the same night[1]. But it was anything but cheerful. 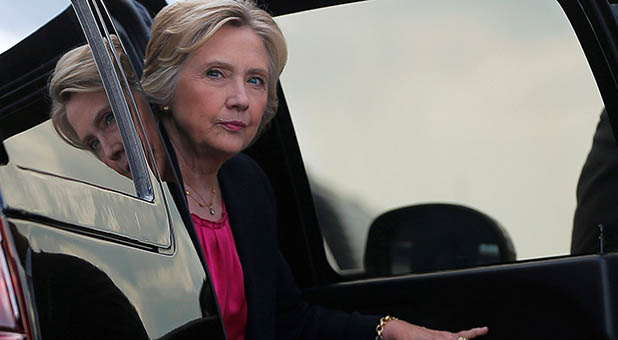 Hillary’s party was held at the Plaza Hotel in Manhattan, previously owned by Donald Trump and where Trump wed his former wife Marla Maples. The party was a way of saying thank you to Hillary’s wealthiest donors, advisers and boosters. Huma Abedin, Robby Mook and John Poedesta were all spotted at the party. But it was anything but festive. According to one party goer, the mood was somber and depressing. The guest told Page Six, “It was like a wake with a band.”

Another guest said that the party brought “closure” to the Clinton campaign. “No one has any illusion of ‘the band coming back together again.’ But people did walk out of there with a mission,” the guest said. Hillary also reportedly spoke to the crowd, with Bill and Chelsea Clinton joining her on stage.

Trump stopped in Hershey, where a crowd of 12,000 cheering Americans showed up to see him. During his speech, the crowd continually applauded and cheered him on, as Trump thanked the black community and made promises to the military. He closed by wishing everyone a very Merry Christmas.

Looks like Trump supporters have a lot to celebrate this Christmas. Hillary backers? Not so much?