Please let this happen. The whole country is praying that this will come about. President Trump tweeted today urging the Justice Department to prosecute Hillary Clinton, Huma Abedin and James Comey. This comes after a new report showcasing just how careless Huma Abedin and Hillary Clinton were when sending classified emails back and forth. Huma Abedin’s Yahoo! email address was compromised by at least one foreign entity and I understand it was actually four. Their mishandling of secure data was a national security threat and they just didn’t give a crap. Trump tweeted, “Crooked Hillary Clinton’s top aid, Huma Abedin, has been accused of disregarding basic security protocols. She put Classified Passwords into the hands of foreign agents. Remember sailors pictures on submarine? Jail! Deep State Justice Dept must finally act? Also on Comey & others.”

Abedin sent numerous emails to her private email on Anthony Weiner’s laptop that had to do with the Palestinian Authority, our ambassadors and national security issues. I just don’t get how she is not currently behind bars like her hubby is. Billions of Yahoo! accounts were hacked by a Russian FSB agent. The entire Yahoo! system was compromised and over 3 billion users were impacted. Abedin was one of them. Although they claim it is not certain her email was hacked, I have personally spoken with a couple of people who would know and they claim it definitely was. I guess we’ll see. 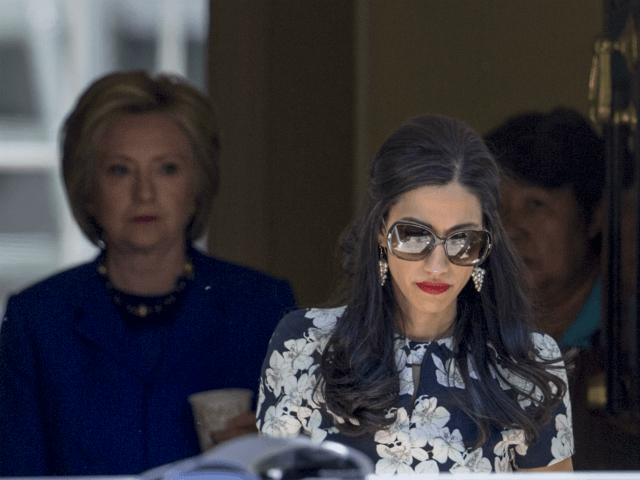 The former Navy sailor that Trump refers to is Kristian Saucie. He was imprisoned for taking pictures of his work space on board a nuclear powered submarine and then sending them to his wife, I believe. They were selfies of a highly classified area. For that, he was sent away. If that got Saucie prison time, why the hell shouldn’t Clinton, Abedin and Comey all do time for far worse breaches of national security? Justice is not blind here and certainly not fair when it comes to Clinton and her cronies.

Trump started raising questions about the “Deep State” in the Justice Department back in November. Trump went on, “Charles McCullough, the respected fmr Intel Comm Inspector General, said public was misled on Crooked Hillary Emails. “Emails endangered National Security.” Why aren’t our deep State authorities looking at this? Rigged & corrupt? @TuckerCarlson @seanhannity.” In yet another tweet, Trump took aim at the FBI withholding documents about having Trump and his campaign team under surveillance during the election, “Big stuff. Deep State. Give this information NOW!” he wrote.

President Trump has been very busy on Twitter today with so many things happening and transpiring. He’s right… Hillary Clinton, Huma Abedin and James Comey must be prosecuted. Paging Jeff Sessions for the millionth time on all this. Do your job and take these crooks down once and for all.

The House of Representatives seeks contempt citations(?) against the JusticeDepartment and the FBI for withholding key documents and an FBI witness which could shed light on surveillance of associates of Donald Trump. Big stuff. Deep State. Give this information NOW! @FoxNews[6]