This is just one of those things that not even the best fiction writer could come up with. It’s so perfectly unbelievable that you have to see it to believe it.

It turns out the beanie-wearing liberal at Trump’s inauguration wasn’t the only one who wanted to become Internet-famous for having a spectacularly cringy meltdown. 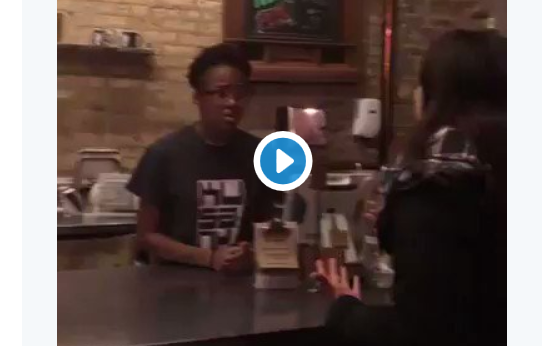 These innocent people just wanted to get a cup of coffee and go on about their day, like 99.99% of people who go to Starbucks.

Then there’s the .01% of people who feel the need to project their hatred and insecurities on others.

Watch the video below, I know it’s going to be difficult, but you need to watch the whole thing:

When your White Guilt boils over and you project your problems onto a random black barista. Shorty face is priceless. pic.twitter.com/Yu7M2h6OV8[2]

I don’t know what prompted this and I don’t care, this was comedy gold. What was she even TALKING about? “I need to take a sip for the babies”… well how about you save your pennies instead of buying over-priced, underwhelming coffee and eventually you’ll have enough for a plane ticket to Michigan and you can tell the babies how much you love them and leave this innocent barista alone.