I did not agree with the plot that Bannon, Kushner and Giuliani cooked up for the debate where they brought in Bill Clinton’s victims to confront him. I don’t think that was the place or time for that. It was supposed to be a presidential debate on the issues, not a publicity stunt. But these women are most definitely his victims[1] and have never gotten justice for what he and Hillary did to each of them. It’s just obscene the way the Clintons have gotten away with every single crime they have committed.

Joy Behar, who is an unmitigated hosebeast, got up on The View and and called these women tramps. As if they willingly slept with Bill Clinton. He sexually assaulted these women and one of them he raped. Behar is trying to spin Bill Clinton as simply a womanizer and that these women are whores. Nothing could be further from the truth and she damn well knows it. No amount of spin or whitewash on The View is going to get the stain of sexual predator off of Bill Clinton ever. 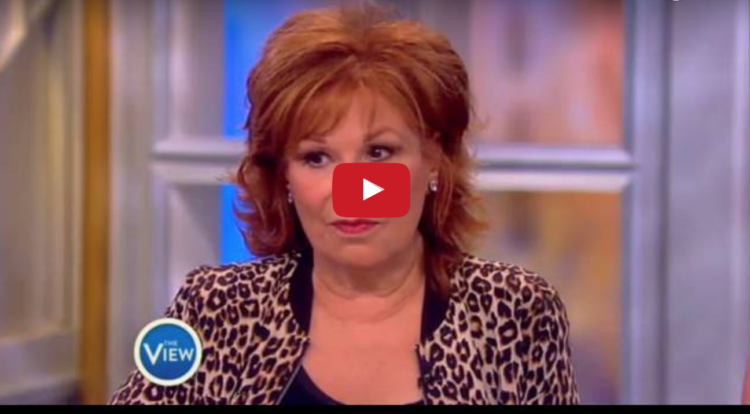 Joy Behar said that the women who have accused Bill Clinton of a broad range of sexual misconducts are “tramps” during Monday’s broadcast of “The View.”

“That’s start with the fact that she was the victim in all this,” noted co-host Whoopi Goldberg of Donald Trump’s decision to bring Juanita Broaddrick, Kathleen Willey and Paula Jones at Sunday night’s presidential debate in St. Louis. “She was the one whom dirty was done, and Donald redid the dirty by reintroducing [inaudible].”

Behar then explained that Hillary “wouldn’t bring all the dirt up” when provoked by Trump.

“[Clinton] was being nice about the fact that her daughter was in the audience,” she continued, before stating she would have like to see the former secretary of state “apologize to those tramps who have slept with [her] husband.”

It also seems to me that Joy Behar has a thing for rapists. I mean she said she would rather vote for a rapist, as long as they were liberal. She’s also a stone cold communist and a menacing shrew. And people wonder why no one watches The View. This is why, right here.