The breathtaking arrogance[1] of the Hildabeast is something to behold. You know why there is no evidence that she’s been hacked by our enemies? Because they don’t leave freaking calling cards once they hack in, you moron. They routinely hack the DOJ, CIA and the White House… what makes this dumb witch think there is no way the Russians, Chinese and Iranians haven’t hacked her home brewed server? Get real. The FBI is not speculating. They may not be saying all they know, but I’m sure they are positive the enemy has been peeking at Hillary’s unmentionables. 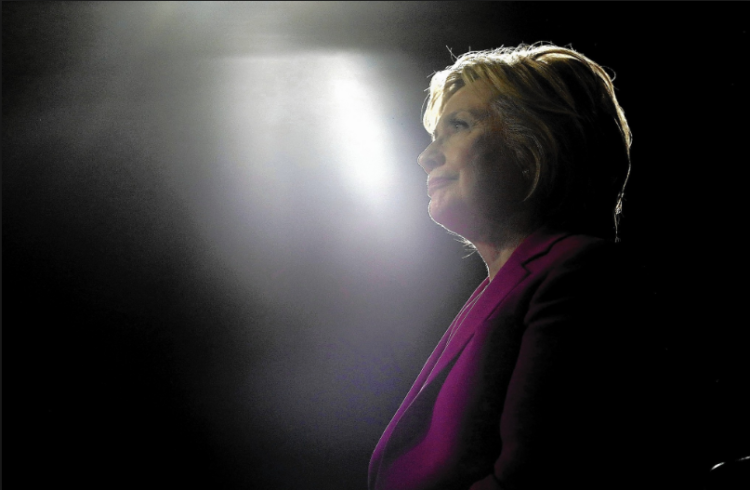 Hillary Clinton said Friday that FBI Director James Comey was merely “speculating” when he said earlier this week that her server might have been hacked by foreign agents.

“If you go by the evidence, there is no evidence that the system was breached or hacked successfully,” Clinton told Lester Holt during an interview on MSNBC.

“And I think that what’s important here is follow the evidence. And there is no evidence. And that can’t be said about a lot of other systems, including government systems,” she added.

She was responding to comments from Comey, who said in two separate settings this week that it was highly likely that Clinton’s email server was infiltrated by sophisticated foreign spy agencies.

So, she’s claiming her server was sooo secure that the world’s best hackers could not touch her. Really? WikiLeaks might have other ideas as they claim to have most of her emails themselves. Comey said during a press conference on Tuesday that while FBI investigators found no “direct evidence” that Clinton’s email domain was successfully hacked, he assessed that “it is possible that hostile actors gained access to Secretary Clinton’s personal email account.” What he meant was that he knows beyond a shadow of a doubt the old battleaxe has been hacked. He just couldn’t come out and say that. Hell, everyone knows. Though Comey’s less-than-definitive remarks were interpreted by many cyber security experts as an indication that Clinton’s server was indeed hacked — The New York Times ran a piece citing such experts — Clinton dismissed the idea as mere speculation on the FBI director’s part. What a piece of work this moonbat is. Oh, how I long for French Court.