WHOA! Witness the Comment Hillary Made That Had CBS Instantly END Her Interview – WATCH

Even Hillary Clinton, the most establishment liberal of all liberals, isn’t allowed to say what she actually thinks — not if it isn’t politically correct, anyway. When she tried to give the un-PC answer on ISIS and Europe, CBS immediately shut her down. 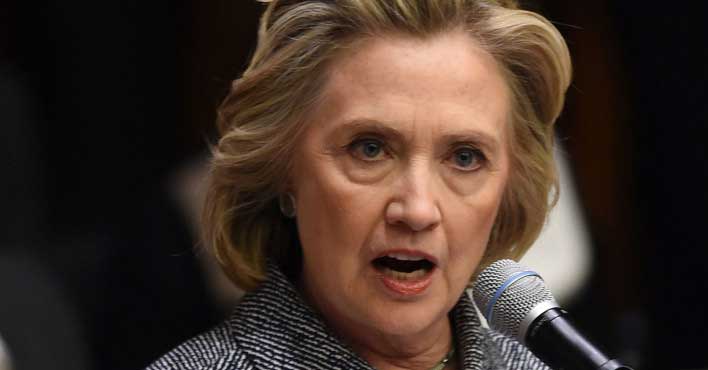 Much like most of the remaining presidential contenders, Clinton appeared on the morning show circuit to discuss her reaction to the attacks in Brussels.

During her appearance on “CBS This Morning,” co-host Anthony Mason asked her whether she believed Europe had a handle on the Islamic State group threat.

“I don’t know that Europe has yet fully come to grips with the threat that ISIS poses,” Clinton responded. “And remember, there are other groups that are ISIS-like that are intent upon radical jihadist terrorist attacks.”

Whoops! She said the magic words — actually pointing out that Islamic State was part of a larger problem within the community of Islam. CBS promptly dropped her feed like she was Kanye West at an awards show.

“So we’ve got to defeat ISIS, and that means being in very close cooperation — ” Clinton said before she was cut off.

“Secretary Clinton, I’m so sorry,” co-host Gayle King said. “We’re going to have to leave you now. Thank you for joining us.” Without any further talk, they went straight to commercials.

Well, great job, CBS. Now Hillary can paint herself as the hawkish liberal who actually recognizes the threat that ISIS poses, even as the media denies it. Not quite what you were going for there, huh?